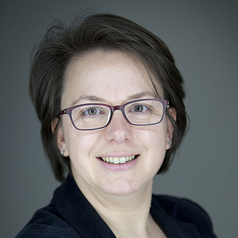 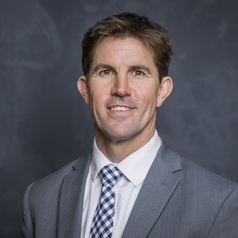 French wine has been the subject of an ongoing trade dispute between the United States and the European Union. In November 2018 President Donald Trump threatened to increase US tariffs on French wine, and in July he repeated the threat, this time in response to France’s proposed “GAFA tax”.

In Trump’s November 2018 tweet, he stated, “On Trade, France makes excellent wine, but so does the US” This is reminiscent of what US president Thomas Jefferson wrote in a 1808 letter: “We could, in the United States, make as great a variety of wines as are made in Europe, not exactly of the same kinds, but doubtless as good.” Trump and Jefferson differ in their tone, but both suggest that the US and France both make excellent wines, and that there may be a role for the US government in boosting the domestic industry. Whether tariffs are the way to do it is a separate question, however, and deserves analysis.

Taxes, but not the same ones

Wine leads the way when it comes to agricultural trade between the United States and the European Union. In 2018, EU wine exports to the US totaled 5.6 billion euros, nearly 27% of total imports for the sector.

While the European Union and United States both apply significant tariffs on wine imports, they’re fundamentally different: EU rates are higher for bottled products and sparkling wines, while the US tariffs are higher for bulk wines. Trade in wine is also affected by “nontariff barriers”, a range of domestic support measures and regulations in both regions. The EU has had a long history of supporting wine grape production, which is heavily regulated. In the US, state-level regulations govern the sale and distribution of wine, ultimately increasing costs to EU exporters.

While it is true that tariffs on bottled wine imported in the United States are lower than tariffs on bottled wine imported in France, it is important to remember that French tariffs are decided by the European Union, not France. Moreover, the tariffs are applied in the same way to all non-EU countries that belong to the WTO – the United States, certainly, but all other WTO members as well. These tariffs are the result of the EU complying with the WTO rules agreed to in 1995 to reduce agricultural tariffs by at least 15% and on average by 36% from tariffs pre-1995.

Any change in tariffs between the United States and the EU has the capacity to affect trade and will lead to changes in welfare among stakeholders in this sector. Increasing US tariffs on French wines will also increase them on wines from Spain, Portugal, Italy, and Germany. Ultimately this will increase the cost to import wines into the United States and this added cost will fall on European exporters, US importers, and US consumers, while the US government will collect additional tariff revenue.

Our 2018 research examined how changes in US and European tariffs and domestic regulations would affect the key stakeholders in the wine industry. Results suggest that modest increases in US tariffs would increase profits for US wine producers and impose costs on US wine consumers, with a net decrease in US welfare. Overall, however, it would not have a substantial effect in the US market in the short run. 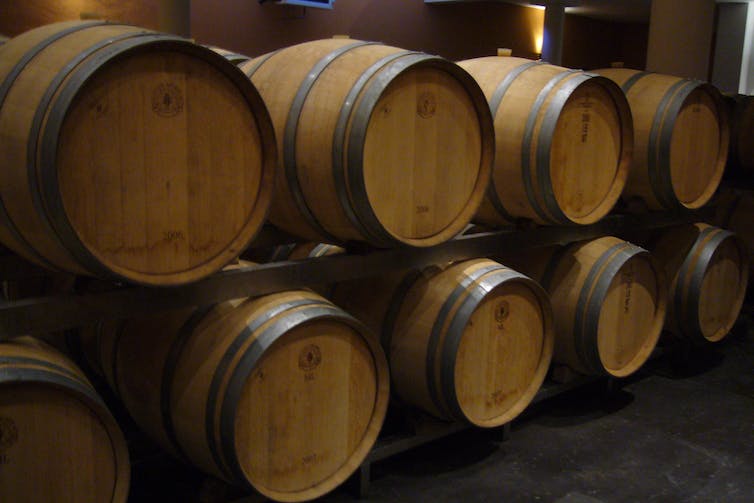 Higher US tariffs on French wines would penalize European exporters, US importers, and US consumers. Here, barrels of white Bordeaux wine age at the Chateau de Rochemorin, Martillac, France. Elfabriciodelamancha/Wikimedia, CC BY

An important point to note is the ongoing trade dispute between the United States and China, and the potential trade linkages between the US, Europe, and China in wine markets. As one component of China’s response to the trade war between China and the United States, they have recently increased their tariffs on US wines. Some have calculated the effective Chinese tariff on US wine to be close to 100%.

The Chinese wine market is currently not a major one for US exporters, but it is a potentially important market given the recent increase in interest in wine among Chinese consumers. Currently, the lion’s share of wine imports into China are from Europe (and in particular France). Increases in Chinese tariffs applied to US wine will dampen their demand for US wine and may strengthen their demand for French wines.

Higher tariffs applied to European wines in the United States may provide European wine exporters with an additional incentive to search for new ways to further develop their brands in the expanding Chinese market. Although the direct effects of higher US tariffs on EU wines might be negligible in the US market, the indirect effect of losing out on market share in the growing market for wine in China could have much bigger consequences for US producers in the long run.