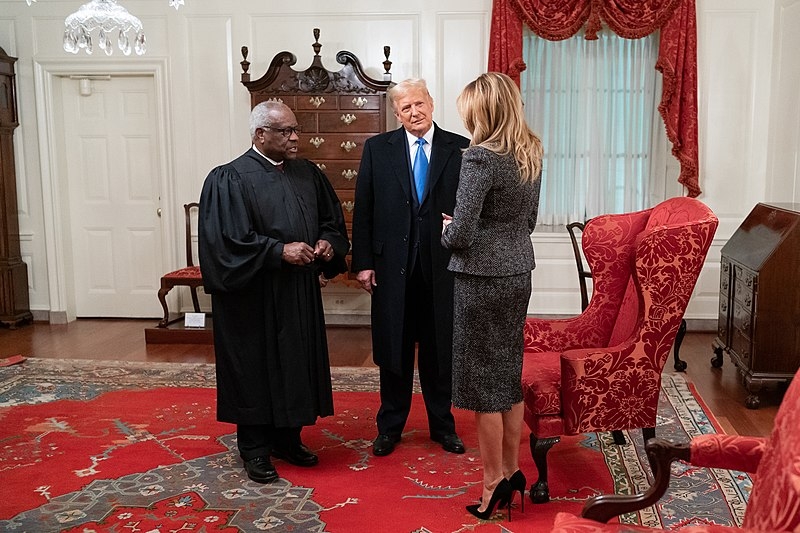 The US Supreme Court remains under heavy scrutiny after having unleashed public outrage over the draft leak opinion by Justice Samuel Alito to overturn the Roe v. Wade decision. Justice Clarence Thomas was under fire once again over his complaint about the leaked draft.

Several legal experts and activists have blasted Thomas for complaining about what he deems is the declining trust in the Supreme Court after the draft was leaked. Thomas described the draft leak as “an infidelity” and that the public should not “throw temper tantrums” when the high court does not rule in their favor.

Attorney Maya Wiley of the Leadership Conference on Civil and Human Rights blasted Thomas, pointing out that the eroding trust that Supreme Court Justices should be concerned with is the eroding trust of the public in them. Wiley pointed out that Alito’s draft “ignores principles of precedent on fundamental rights.”

Human Rights Watch executive director Kenneth Roth also pointed out that Thomas is more concerned about the draft opinion getting leaked to the public than the implications that would come with overturning the abortion rights decision.

Attorney Daniel Goldman, who served as impeachment counsel during Donald Trump’s first impeachment trial in the House, said that Thomas has done more to destroy “the ‘trust’ in the Supreme Court.”

Goldman noted that Thomas also refused to recuse himself in cases related to the January 6 insurrection at the Capitol and the attempts by Trump and his allies – including Thomas’s wife, Ginni Thomas – to overturn the 2020 elections.

“His wife urged Trump’s chief of staff to challenge the election results and then spurred on the January 6th insurrection, but please tell us more how it’s liberals who are ‘throwing temper tantrums,’” said historian Kevin Kruse.

Previously, Thomas was also criticized by Democratic Congressman Hakeem Jeffries over his description of the protests outside the homes of the conservative justices as “bullying” the court.

Jeffries said if Thomas wants to discuss bullying in the country, he should start in his own home and speak with his wife about her involvement in the efforts to overturn the 2020 elections due to the fact that Democrat Joe Biden won.