US: Joe Biden to nominate Surgeon General to WHO executive board 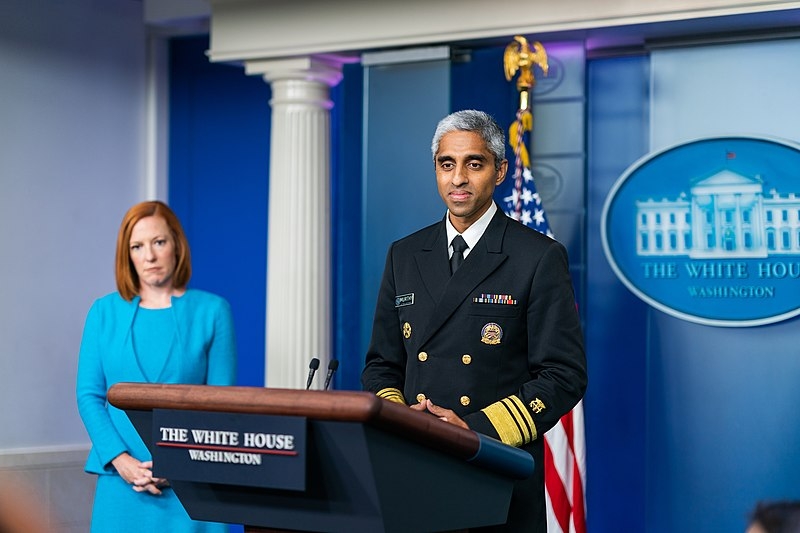 US President Joe Biden is set to nominate Surgeon General Vivek Murthy to become the US representative to the World Health Organization’s executive board. Murthy’s nomination to the WHO executive panel is subject to approval by the Senate.

Biden administration officials told Reuters Tuesday that Biden intends to nominate Murthy to represent the US in the WHO executive panel. Murthy, who has also served as Surgeon General under former President Barack Obama, will continue in his position even if confirmed by the Senate for the WHO.

Should Murthy be confirmed by the Senate, he will still remain in Washington with his family but will travel to Geneva when needed to fulfil the duties in the role as US envoy to the WHO.

“With his experience and expertise, the president is confident that Dr. Murthy will build on his commitment to an era of relentless diplomacy by representing our nation on the world stage,” said the official.

“Rejoining the WHO requires an experienced and seasoned physician and public health expert” that can expand on Washington’s commitment to global health, the official added.

“If confirmed, I will continue to elevate US leadership on the global stage and ensure public health is at the forefront of our planning and preparation for global challenges,” said Murthy in a statement to Reuters.

Biden pledged for the US to re-engage with the World Health Organization when he took office in 2021 after his predecessor Donald Trump said in 2020 that the US would withdraw from the WHO over its response to the COVID-19 pandemic.

The White House said Wednesday that Biden has called on his administration and on Congress to find ways to boost US energy production and reduce OPEC’s control over energy prices following the cartel’s production cut.

The Saudi Arabia-led OPEC cartel, during a meeting in Vienna on the same day, ignored Washington’s pleas to continue the flow of oil, agreeing to cut output by two million barrels a day.

The move was met with criticism from Biden, underlining the growing rift between the US and Saudi Arabia on energy policy.

National Security Adviser Jake Sullivan and National Economic Council Director Brian Deese issued a statement saying the decision by OPEC+ was “shortsighted” as the global economy still struggles with the negative impacts brought on by Russia’s invasion of Ukraine.