US: Joe Biden says it will take time to lower inflation 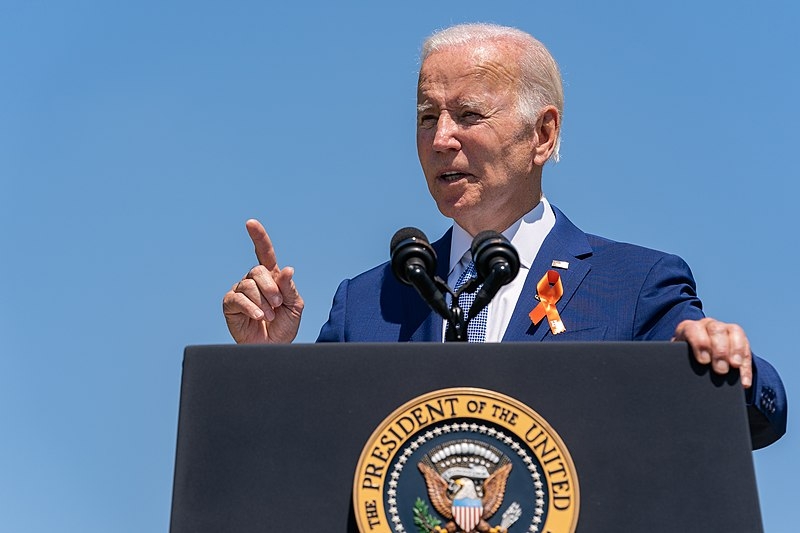 US President Joe Biden said that it would take some time to lower inflation which has become a global problem in recent months. Biden made the remarks ahead of the White House event touting the recently-passed Inflation Reduction Act.

In a statement released by the White House this week, Biden said it would take some time for inflation to go down even as the consumer price data for August published Tuesday showing that there was “more progress in bringing global inflation down in the US economy.”

The statement also referred to the Inflation Reduction Act, which was signed into law last month.

“It will take more time and resolve to bring inflation down, which is why we passed the Inflation Reduction Act to lower the cost of healthcare, prescription drugs, and energy,” said Biden ahead of the White House event celebrating the $430 billion Democrat-led legislation.

Lawmakers, Cabinet members, activists, and organizations that supported the bill were present at the event, with singer-songwriter James Taylor opening the event with a performance.

Last month, rating firms Moody’s Investors Service and Fitch Ratings told Reuters that the bill is expected to cut inflation, but in the medium to long term instead of this year.

The legislation passed Congress with zero support from Republicans, and Democratic leaders in attendance criticized the GOP for opposing the legislation.

On the same day, the Biden administration made contingency plans that aimed to make sure deliveries of essential goods are made in case of a possible shutdown of US rail systems while urging railroads and unions to reach an agreement to avoid a work stoppage that could affect freight and passenger service.

The possible shutdown could take place in the coming days, which may freeze almost 30 percent of cargo shipments, fuel inflation, affect the supplies of food and fuel, and cost the country’s economy around $2 billion a day as well as drive transportation issues.