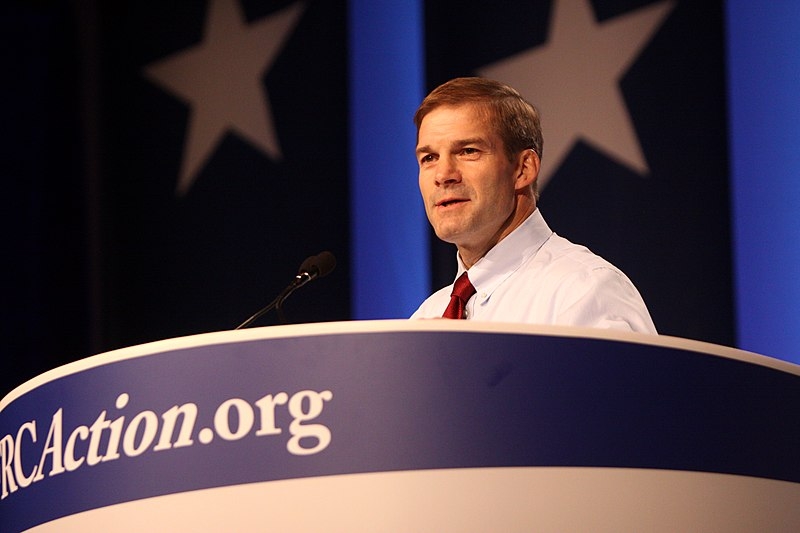 The Jan. 6 congressional committee investigating the Capitol insurrection moved to issue subpoenas to a handful of sitting Republican lawmakers in Congress. Republican Rep. Jim Jordan recently demanded that he view all the evidence the panel has against him before he considers complying.

According to The Guardian, Jordan demanded that the committee turn over the evidence it has that implicated the Ohio Republican in its probe into the efforts to overturn the 2020 elections leading to the Jan. 6 riots.

The outlet’s Hugo Lowell reported that Jordan stopped short of directly refusing to cooperate with the subpoena, but it remains to be seen how Jordan plans to proceed should the committee grant his demand.

Aside from Jordan, House Minority Leader Kevin McCarthy, and GOP Reps. Andy Biggs, Mo Brooks, and Scott Perry were also served with subpoenas by the committee.

In a six-page letter to the panel, Jordan demanded that the committee turn over all related evidence that mentions or references him before he decides to cooperate with their subpoena to testify. Jordan called the subpoena served to him “unprecedented.”

The Ohio congressman has been inconsistent with his recollection of his conversation with now-former President Donald Trump on Jan. 6.

Jordan was among the lawmakers recommended by McCarthy to the committee but was rejected by House Speaker Nancy Pelosi, who cited Jordan’s criticism of the panel’s existence and his connections to those who are under investigation for their involvement in the riots.

McCarthy withdrew all his recommendations, leaving Pelosi to appoint Reps. Liz Cheney and Adam Kinzinger to serve on the panel.

Earlier this month, Jordan criticized the FBI, claiming that the agency was unfairly targeting employees who voted for the former president.

The Ohio congressman sent a letter addressed to FBI Director Christopher Wray, claiming that they have “been alerted that the Federal Bureau of Investigation appears to be attempting to terminate the employment of FBI employees who were engaged in protected First Amendment Activity on Jan. 6, 2021.”

Jordan stressed that the employees in question were not part of the mob that broke into the Capitol after the rally and were not charged with crimes related to the insurrection.