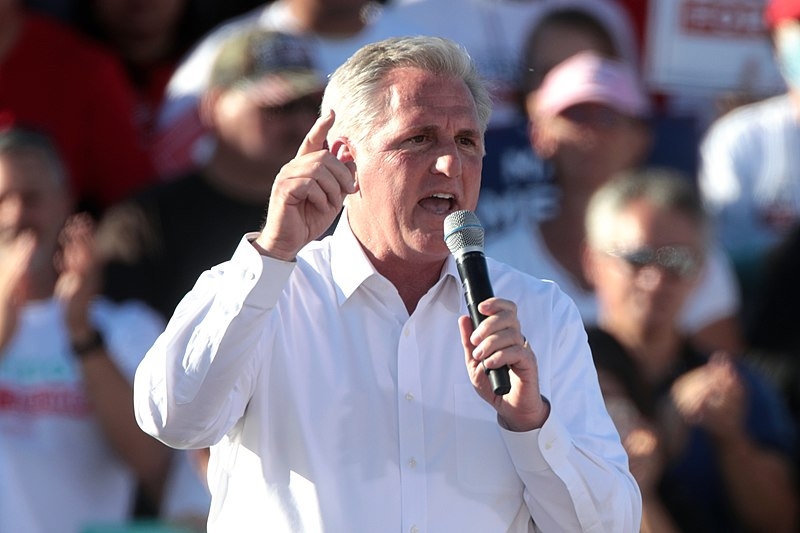 The congressional committee investigating the January 6 insurrection has moved towards issuing subpoenas to several sitting Republican members of Congress in recent weeks. According to a former federal prosecutor, House Minority Leader Kevin McCarthy may have no choice but to testify before the panel.

Former federal prosecutor Glenn Kirschner said Sunday on MSNBC that McCarthy had no choice but to comply with the subpoena issued by the congressional committee. McCarthy is one of several Republican members of Congress that were given subpoenas by the committee, including Reps. Scott Perry, Jim Jordan, Mo Brooks, and Andy Biggs.

All of whom were asked to voluntarily speak with the committee but refused.

Kirschner referenced his previous suggestion that the House Minority Leader may be guilty of “misprision of a felony,” which is when someone is aware that a felony was committed but did not report it to authorities. The offense may lead to a three-year prison sentence.

Kirschner went on to explain that McCarthy may now find himself in a very difficult position following the ruling made by Judge David Carter in California. Carter found that former President Donald Trump and coup memo author John Eastman both committed federal felonies.

“So now, McCarthy has nowhere to run because if he refuses to comply with this subpoena…he absolutely exposes himself to committing the crime of misprision of a felony,” said Kirschner. “Because not only is the crime cognizable in the court of the United States, but a judge has cognized it…So McCarthy will be violating that federal statute if he continues to defy the subpoena and continues to conceal Donald Trump’s crimes.”

McCarthy emerged as a witness during the second impeachment trial upon the revelation that he spoke with the former president when the insurrection was taking place.

The Justice Department has formally requested the transcripts of the January 6 committee, according to a report by the New York Times this week. The DOJ cited that the transcripts “may contain information relevant to a criminal investigation we are conducting,” in a big signal about the wide-ranging probe by the agency into the January 6 insurrection.

The request came from the US Attorney for the District of Columbia, Matthew Graves, and the assistant attorney general for the DOJ’s National Crimes Division, Kenneth Polite Jr. But despite the request, the congressional committee says it will not turn over the transcripts at the moment.