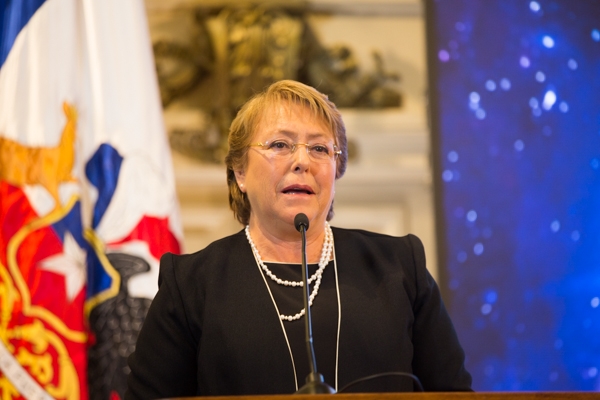 Over the weekend, Bachelet defended the purpose of her six-day trip to China as she faces calls from human rights advocates to hold the Chinese government accountable for its treatment of the Uyghur Muslims in Xinjiang. Bachelet said she raised the human rights concerns with Chinese officials, but her visit to China was not for the purposes of an investigation.

This led the US, which has officially accused China of “committing genocide” against Uyghur Muslims, to describe Bachelet’s visit as “a mistake.”

Bachelet said that her visit to China will open the door for more regular interactions with China to help Beijing fulfill its obligations under international law. Bachelet said China should not use legitimate concerns about “terrorism” to justify its human rights abuses against the country’s Muslim minority.

“It provides an opportunity for me to better understand the situation in China, but also for the authorities in China to better understand our concerns and to potentially rethink policies that we believe may impact negatively on human rights,” said Bachelet in a video news conference on the last day of her visit.

Bachelet has since faced criticism from human rights groups. Human Rights Watch’s Sophie Richardson said that Bachelet’s visit to China appeared to be more about “making nice” with Beijing rather than holding them accountable for some of the worst human rights violations it has committed.

Richardson described Bachelet’s efforts to assess the scale of China’s human rights violations as “an ingenious way of ignoring a tidal wave of evidence” that proves how the Chinese government targeted the Uyghur Muslims and other Muslim minorities.

Chinese President Xi Jinping defended his government’s record during his video conference with Bachelet. Xi said that China’s development of human rights is in line with its “national conditions.” Xi also accused other countries of politicizing human rights in his criticism of foreign interference in the country’s internal affairs.

“Countries do not need patronizing lecturers; still less should human rights issues be politicized and used as a tool to apply double standards or as a pretext to interfere in the internal affairs of other countries,” said Xi.