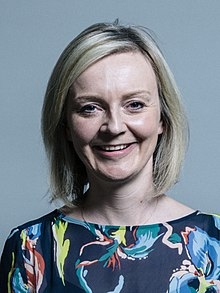 The UK and Japan started trade talks Tuesday to replace the EU-Japan free-trade agreement that the UK will no longer benefit from at the end of 2020.

Japan is the UK's fourth-largest non-EU trading partner, with trade between the two countries worth over $39 billion last year.

Without a new accord by Jan. 1, the two countries will be trading on World Trade Organization terms, resulting in tariffs and obstacles to trade.

According to UK's International Trade Secretary Liz Truss, they aim to strike a comprehensive free trade agreement with Japan that surpasses the deal previously agreed with the EU.

She noted that they are setting ambitious standards in areas such as digital trade and services.

The UK hopes that a free trade agreement with Japan would open up opportunities to join 11 other members of the Comprehensive and Progressive Agreement for Trans-Pacific Partnership (CPTPP), which would boost access for UK businesses to the Asia-Pacific markets.

The UK is also seeking free-trade agreements with other countries, including the US, New Zealand, and Australia.