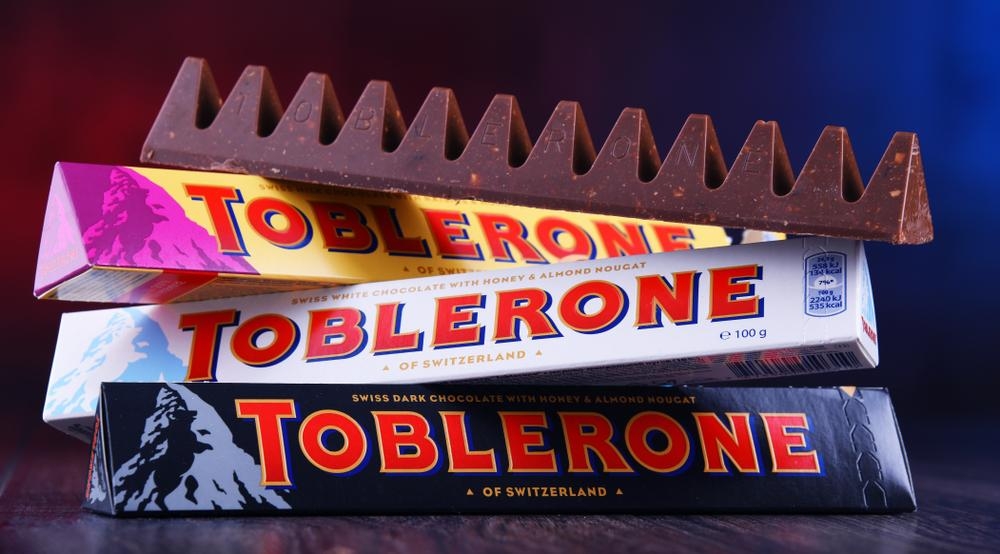 Under Swiss law, Toblerone will have to get rid of its "of Switzerland" label from the front of its packaging as it will no longer be produced exclusively in the country.

Toblerone can no longer describe itself as Swiss once it starts with its planned production in Slovakia.

Under Swiss law, the brand will have to get rid of its "of Switzerland" label from the front of its packaging as it will no longer be produced exclusively in the country.

Toblerone was established in 1908 by the Tobler family factory in in the Swiss capital Bern and has been exclusively produced there ever since.

The brand has a triangular chocolate reminiscent of Swiss Alpine peaks .

Toblerone's owner, US confectionary giant Mondelez, says it's opening a new production line in the eastern European country "in response to growing demand."

According to Mondelez, the action will eventually enable the company to produce millions more bars.

The opening of a production line in Slovakia, where Mondolez already makes Milka and Suchard chocolates, would also free up a sizable amount of capacity at the Bern location.

Mondolez vowed to continue to invest in the original Bern plant.

Prior to the start of production in Slovenia in 2023, Mondelez will alter the language on its packaging. The new design will simply say that Toblerone originated in Switzerland.

Toblerone produces 7 billion chocolate bars a year, with 97 percent of those exported to 120 countries.

The Tobler company was independent for decades before being merged with Suchard and bought by Kraft Foods in 1990. It became part of Mondelez in 2012.

Toblerone has been previously manufactured in the UK and the former Yugoslavia. The Croatian factory that formerly manufactured it continues to produce a comparable version under the brand name Kolumbo.