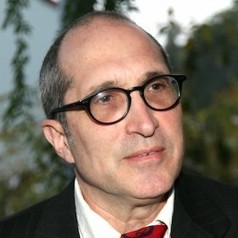 The NBA decided that it will suspend its season after a player on the Utah Jazz tested positive for the coronavirus, just after the NCAA announced that its men’s and women’s basketball tournaments will be played without spectators because of concerns about the worldwide health crisis.

The coronavirus has forced cities throughout the world to either cancel soccer games or play them in empty stadiums.

Until now, few athletes have known what it’s like to play before thousands of raucous fans one game and then play in an empty stadium the next.

The Chicago White Sox played the Baltimore Orioles without a crowd during the 2015 season due to racial unrest in Baltimore after Freddie Gray died in police custody. It was the first game in MLB history that was played without spectators. It was so quiet that players in one dugout could hear players talking in the opposing dugout.

There was – at least – one other instance when an owner locked out fans. In July 2002, Mike Veeck, the then-owner of the Charleston Riverdogs, who play in the Class A South Atlantic League, decided he wanted to hold a game without spectators.

His motivation? To establish a record that could never be broken. He dubbed the promotion “Nobody Night,” and the paid attendance for the game was zero. Some fans posted up behind center field and peered through the fence; others stood on ladders to get a better view. The Beatles’ “Nowhere Man” blared on the public address system. Only after the fifth inning – when the game, per baseball’s rules becomes official – did the gates swing open and fans were finally allowed into the ballpark.

Veeck’s penchant for publicity runs in his family. He’s the son of the late Bill Veeck, the former owner of the Cleveland Indians, Chicago White Sox and now-defunct St. Louis Browns. In 1947, Veeck integrated the American League when he signed Negro League star Larry Doby. When he owned the Browns, he famously sent a dwarf up to bat, who walked on four pitches. As owner of the Chicago White Sox, he installed the first exploding scoreboard and outfitted his players, at one point, in shorts.

The younger Veeck – first as the owner of the independent St. Paul Saints and then as the owner of the Charleston Riverdogs, among other minor league teams – continued the family tradition. He was the brains behind “Labor Day,” during which pregnant women were admitted free of charge; “Lawyer Appreciation Night,” when attorneys had to pay double the price of admission; and “Mime-O-Vision Night,” a game in which mimes recreated plays for the crowd.

Not everyone has always been on board with Veeck’s publicity stunts. Eighteen years ago, one of the Riverdogs’ players told Veeck that he didn’t think “Nobody Night” was a good idea.

In other words, never forget the fans.

Many athletes will learn that lesson in the coming days, weeks and perhaps months.

The fear of the spread of the disease has changed how we watch the game because we can’t watch the game the way we always have – at least right now And, adding to this uncertainty, we don’t know how or even when sports will return to the way they’ve always been.

Dae Hee Kwak, an associate professor and director of the Center for Sports Marketing Research at the University of Michigan, said sometimes things happen that can overwhelm even sports.

“Say the virus lingers on and on. And governments continue banning mass-audience events and people go along with some version of self-quarantine,” Kwak said. “Will the games look and feel different on TV? Will people be disappointed, especially in places where attending games is part of their identity? Of course.

"But in this case, the trade-off is hardly worth it,” Kwak concluded. “The fear of endangering your family and friends and community should always be greater than the fear of any lasting harm it could do to sports.”