The pandemic has changed parliament – will it be forever? 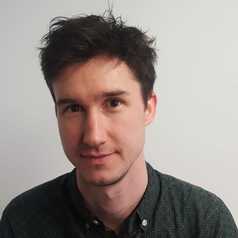 The COVID-19 pandemic has raised a great deal of pragmatic and existential questions about global society. We’ve had to adapt quickly and some of the things we take for granted have been upturned very suddenly.

The same is true of how parliaments operate. Now is an opportunity to consider the changes made during COVID-19, and ask whether we really want to go back to how things were before.

This year has also shown that traditions once thought set in stone can, in fact, be changed more easily than once thought. In The Invention of Tradition, historian Eric Hobsbawm contends that what we characterise as “tradition” is often both recent and highly malleable. It consists of repetition and formalisation in order to construct a link to the past.

The UK parliament is replete with such tradition. This is evident not only in its physical makeup, but in its working practices. MPs must walk through a specific lobby in order to be counted during major votes. They must half-rise from their seats to catch the Speaker’s eye during debates.

But the pandemic has forced abrupt change. Committee meetings were brought online and screens were installed in the House of Commons chamber to enable MPs to take part in debates from home. After years of discussion about updating the voting system, members of parliament were suddenly allowed to vote remotely. Many senior officials used this as an opportunity to reflect on processes and procedures.

The swift transition to a “virtual parliament” shows that institutional change can happen in a very short time provided there is sufficient political will. However, we’ve also seen that the will is not necessarily there for everyone.

Leader of the House Jacob Rees-Mogg’s urging, in early June, for a return to physical proceedings, signalled an abrupt end to the virtual parliament). “Politics is better done face-to-face,” he said. “Even if the whites of the ministerial eyes are six feet away”.

During the American revolutionary war, stories abounded of soldiers being ordered to hold fire until they saw the “whites of enemy eyes”. The military connotations of Rees-Mogg’s choice of words are therefore illuminating and unsettling. His real argument has little to no connection to practicality. What he really means is that he thinks politics is better done belligerently, because that’s how it has always been done.

But has it? The traditionalism described by Hobsbawm entails choosing a historic past and invoking (or inventing) a selection of historical values and norms in order to claim authority in decision-making. The vulnerability of the “virtual parliament” lay in its challenge to Rees-Mogg’s chosen historic past: an invented tradition of adversarial theatricality.

Nowhere is this “tradition” more apparent than in prime minister’s questions, which has long been characterised by theatrical chaos. This is underpinned by a sincere understanding of the political stakes involved, and an equally sincere animosity between opposing benches.

Under lockdown, PMQs takes place in a far more sparsely-populated (and considerably quieter) chamber. MPs are able to put questions to the PM via video link. This is a far cry from the typically rambunctious process of PMQs, made more pronounced by the lack of space in the chamber (427 seats for 650 MPs).

We might assume that PMQs – and the “whites of the eyes”, “bear-pit” approach to debate – have always been around. However, PMQs as we know it – taking place at set times – has only existed since 1961. Selwyn Lloyd (Commons Speaker from 1971-76) stated in his autobiography that the adversarial nature of PMQs originated in the political rivalry between Harold Wilson and Edward Heath.

Boris Johnson has been described as “made for PMQs – or at least he was”. So far, the changed atmosphere of PMQs has been more conducive to opposition leader Keir Starmer’s precise and “forensic” style of debate than to Johnson’s more vibrant, theatrical manner. COVID-19 has pulled back the curtain on PMQs – and, in particular, its dependence on a near-riotous audience in attendance.

Bringing the constituency to the chamber

Now that some MPs attend parliamentary debates via video link, they are able to broadcast their chosen surroundings into the House of Commons chamber.

Many features of these surroundings – SNP MP Ian Blackford’s tartan curtains, Justin Madders’ vintage Labour poster – have been subject to online discussion (and in the case of the latter, a rebuke from the Speaker).

These glimpses into the non-Westminster lives of MPs – contrived or not – are of considerable political significance. MPs are “living symbols of a locality”; maps of the Thames and signed football memorabilia also symbolise, and reinforce, this sense of locality.

Working from home has enabled MPs to visually represent their constituencies and constituents, and thereby relate to them in a new way. Such opportunities to “demystify” the work of MPs are especially important in an era of widespread distrust and dissatisfaction (toward politicians and parliaments alike). In demonstrating their distance from the “Westminster village” in a geographical sense, MPs can also distance themselves from the harmful narratives attached to it.