‘The Elder Scrolls Online’ update: Drastic changes are planned for Light and Heavy attacks but only in PTS first 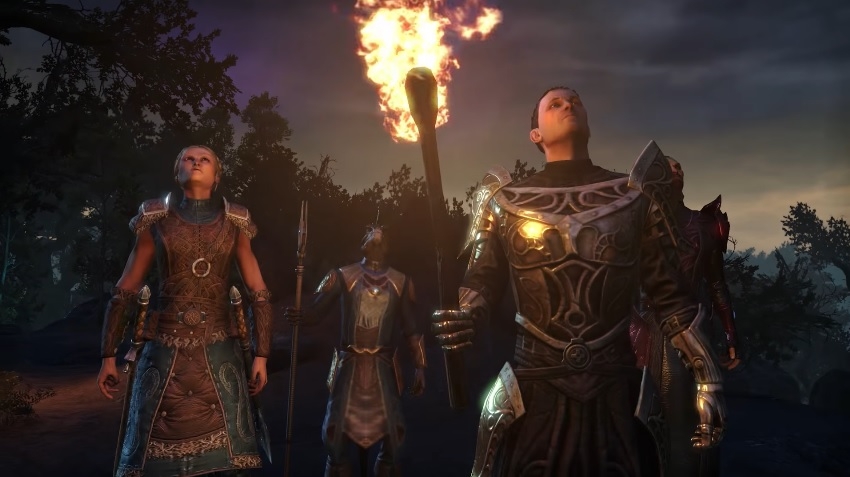 From the trailer of “The Elder Scrolls Online” for E3 2018 | Photo credit: Bethesda Softworks / YouTube screenshot

Zenimax has big plans for the skill gap and combat aspects of "The Elder Scrolls Online," specifically with the Light and Heavy attack mechanisms. However, these changes are so drastic that they need to be tested in the public test server (PTS) first.

'The Elder Scrolls Online': What Zenimax will focus on in upcoming PTS updates

Zenimax pointed out that it believes in the need to have a skill gap among players. However, too much of it might cause those on top to lose interest in the long run. The developer then plans to test some changes focused on the Light and Heavy attacks to see how it would affect the game’s overall combat system.

In a message from community manager Gina Bruno, the developer shared several concerns about the “The Elder Scrolls Online” combat. Bruno wrote, “We believe the over-reliance on a specific mechanic (light attack weaving) leaves less room for playstyle diversity, including lower-[Actions Per Minute] options. This is particularly evident in veteran content and PvP.”

The most typical tactic when playing “The Elder Scrolls Online” right now is to use Light attacks to incur damage while focusing on Heavy attacks to restore resources. Bruno noted that relying on this concept might be making the game “unintuitive.”

'The Elder Scrolls Online': Changes to expect in the Light and Heavy attacks

Considering the points raised, the developers are now planning some drastic changes in "The Elder Scrolls Online" combat. These tweaks will be tested out first on the PTS “during a special off-cycle testing period.”

In this patch, Light attacks will help restore resources while this ability will be removed from the Heavy attacks. Three successive Light attacks without weaving abilities will provide "The Elder Scrolls Online" players with a stacking resource buff. The damage caused by a Light attack will be reduced while it will be increased in a Heavy attack.

Any avid players of “The Elder Scrolls Online” will recognize how much these changes could affect the game. It is then wise for Zenimax to apply these on the PTS first, and focus on gathering feedback from players. Depending on how the tests will go, Bruno noted there is a chance these changes will not be carried over to the full version of the game.