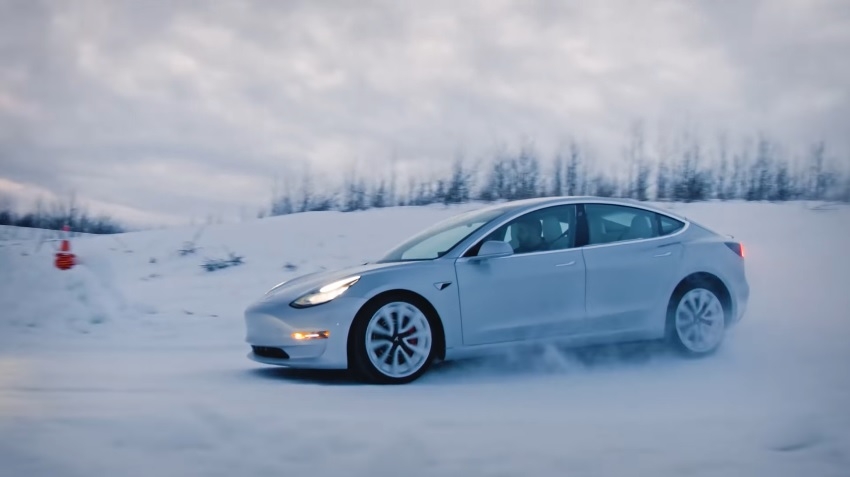 It is not a secret that Tesla has more software updates to be released in the near future. It appears that Tesla CEO Elon Musk just added another item on his to-be-released list after he tweeted a video of a talking Tesla Model 3.

Are Teslas going to start talking in a future update?

In a Twitter post over the last weekend, Musk shared a video where a red Tesla Model 3 is seen on the road and suddenly tells the pedestrian, “Well, don’t just stand there staring. Hop in!” Musk confirmed that the future update will let Teslas “talk to people” whenever the driver wants.

Teslas will soon talk to people if you want. This is real. pic.twitter.com/8AJdERX5qa

While Musk stated in the same post that the talking Tesla feature “is real,” it is not totally clear yet if it is really part of a future software patch. Tech fans, for now, can look at other details to deduce whether or not the future that Musk teased could become a reality soon.

Based on the video Musk posted, the talk feature would most likely use preset messages. Since little is known about the potential Tesla feature at this point, it cannot be determined yet if Tesla would allow car owners to dictate what their vehicles would tell pedestrians.

Is it possible to make Teslas talk?

It can be recalled Model 3 units manufactured starting last Sept. 1 were reportedly built with and external speaker. This is part of a 2020 National Highway Traffic Safety Administration regulation requiring vehicles known to have silent engines to have a pedestrian warning system whenever the car runs under 19 mph. With the speakers in place, it should not take much effort for Tesla to make the talking car feature happen, and it could probably be done through an over-the-air update.

Some Tesla fans might argue that a talking feature for their cars seems unnecessary. But it should be noted that the company previously released a feature called the Fart Mode. Obviously, it does not have anything to do with the driving functionality of a car, but it was a hit on social media and an effective tool for simple pranks.