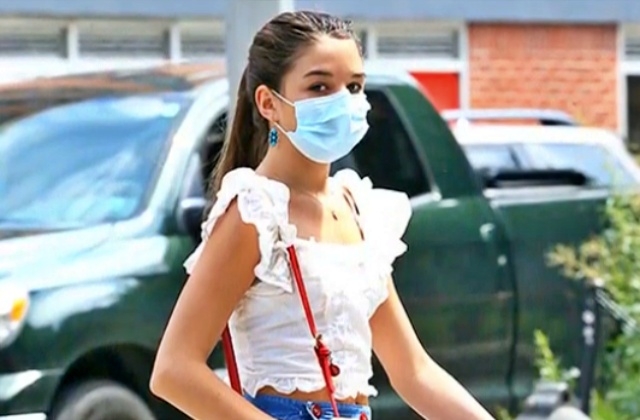 Many people were shocked when Katie Holmes was spotted on a date with Emilio Vitolo Jr. What surprised everyone is not the fact that she was having dinner or out with someone but it was her behavior on that occasion.

Katie Holmes has always been known to be a very private person especially when it comes to her love life and relationships. But on that night, she just immediately confirmed to the whole world that she has a new boyfriend when she made out with Emilio in public. Their sort of heavy PDA was caught on camera too and was published on various media outlets, including the Daily Mail.

Now, with Katie having a new boyfriend, many people want to know what Suri Cruise thinks about her mom’s new beau. Does she dislike it when her mom is dating? How does she feel about Emilio Vitolo?

OK! Magazine has given answers to these questions and it seems that Katie Holmes will not have a problem with her daughter at all, at least when it comes to her dating. The publication stated that Suri Cruise approves of her mother’s new lover and since this is the case, the actress and her chef boyfriend’s relationship could easily become more serious.

“Katie could never settle in with someone her daughter didn’t also love,” a source allegedly told the magazine. “Suri has met Emilio and approves. She is now a young lady and she is 14 years old who is very aware of what is going on.”

It was added that even before Katie’s date night photo with Emilio hit the papers, Suri Cruise already knew about him and his relationship with her mom. OK! further claimed that the “Dawson’s Creek” star knows that her daughter will find out about her boyfriend so before the media report about her, she talked to her 14-year-old child and told her everything.

“She had a talk with Suri so she would find out from her mom rather than reading about it online,” the tipster shared. “Suri is happy that her mom is happy, and there isn’t much more to it at the moment.”