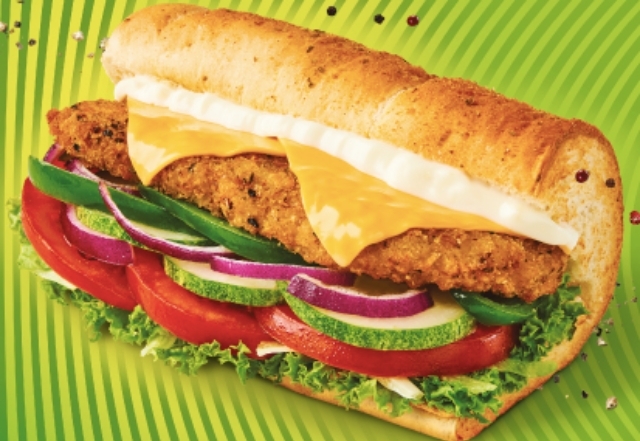 Subway and Nestle have teamed up for plant-based chicken sandwich options in Singapore and other stores in Asia. The leading sandwich store chain took note of the growing demand for vegan options in the country, so it tapped the Swiss food company to help with the supply of chicken meat alternatives.

Subway and Nestle’s partnership has brought a new plant-based sandwich called Chicken Schnitzel to Subway stores. This food item is said to be the first-ever vegan chicken sandwich of the brand’s Singaporean unit. The chain is already serving meatless chicken sandwiches in other parts of the world.

In any case, Subway’s new vegan Chicken Schnitzel is made with Nestle's Harvest Gourmet Schnitzel, a crispy, breaded fillet that was made with soy protein. It is said to have high protein content and is rich in fiber. Customers can get this vegan sandwich for S$7.50 (six-inch option) and S$12.50 if they prefer the 12-inch version.

According to Plant-based News, the plant-based Chicken Schnitzel will be available for a limited time only. It is already on the menu of 50 Subway outlets around Singapore, and it will be there until Jan. 18, 2022.

Customers are free to choose which veggies are going in their sandwiches, but the company is suggesting to pair the Chicken Schnitzel with lettuce, sweet corn, tomato, and Subway’s own spicy mayo sauce. The restaurant chain is recommending these to create the perfect plant-based chicken sandwich.

Subway Singapore is reportedly the latest fast-food chain to add a plant-based food item to the menu. Previously, Burger King and KFC have launched their own versions of vegan chicken sandwiches.

Meanwhile, Restaurant Business Online reported that Subway recently made another overseas deal to expand the brand in Saudi Arabia. The agreement is said to be the fast-food chain’s third major global contract in recent months.

“Through partnering with companies that have deep regional knowledge and proven success in the industry, such as Alhokair, we are strategically expanding our global footprint around the world,” John Chidsey, Subway’s chief executive officer, said in a statement.