‘Stranger Things’ season 4: Fans theorized that Hopper in Russia is a clone; Filming update and other things to expect 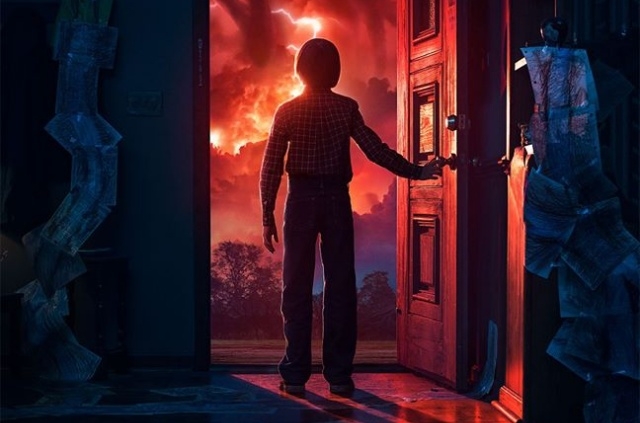 It has been a year since “Stranger Things” season 3 ended, and it offered quite an explosive conclusion as one of the main characters has died. Everyone in Hawkins endured the horrific events that took place at the Starcourt Mall, and sadly when everything was over, Hopper also disappeared.

The assumption for his disappearance was that he died since he was inside the enclosure that contains The Keys when it went off. Although the activation of the machine successfully closed the Gates to the Upside Down, Hopper was believed to have vaporized due to the high-power energy that it released.

Then again, the fans rejoiced after a “Stranger Things” season 4 teaser revealed that Hopper is alive. However, he is not in a good situation as he was spotted at a prison camp in Russia.

This is where the new theory was coined in the fans. Hopper is seen in a snow-covered train track as per Express fans are suggesting that this is not really Jim Hopper, the sheriff of Hawkins but a clone. This means that they think he really died in the finale of season 3, and this man in the “Stranger Things” season 4 trailer is someone else - his clone.

The drama is a sci-fi genre, so supernatural events and unusual occurrences are common. With that said, human cloning is also possible since the show also delves into Science experiments and inventions. Besides, followers of “Stranger Things” already know that the Key is stationed in Russia, and the explanation here is that Hopper only transported there when the Key under the Starcourt Mall was activated.

If Hopper is really a clone, the news that he is alive could reach Eleven, Joyce, and the rest of the gang. But, since he is not really Hopper, he may not know them, and this could be how everyone will find out that he is a clone.

Or perhaps, the Russians are going to use the cloned Hopper to get to Eleven and use her once again in their experiments and evil agenda. Before that, Eleven should get back her telekinetic powers first.

In any case, a stunt coordinator, Hiro Koda, revealed that “Stranger Things” season 4 will be darker but epic. “All I can tell you is that the fourth season is darker and it’s going to be epic,” he told Comic Book. “There are lots of great surprises and all your favorite people are in it and it’s going to be so good.

The production works for “Stranger Things” season 4 began in January but the filming was halted due to the coronavirus pandemic. With the changed schedule, the cast and crew will not be able to complete the filming in their set schedule of August.

As of this time, there is no word when they will be back on the set. The delay will surely push back the release date of “Stranger Things” season 4 so it will probably arrive in late 2021.