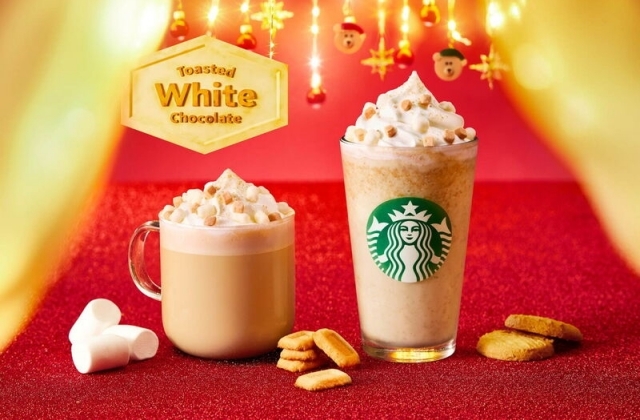 Starbucks Japan unveiled the second lineup for its festive drinks designed for Christmas this year. The Japanese unit of the coffee chain giant introduced the Toasted White Chocolate earlier this week.

Starbucks Japan is said to be one of the company’s foreign units that always release new Frappuccino flavors for seasonal offerings. On holidays, it is also known to go all out, which means - while the other Starbucks outlets in the world are only offering one or two new beverages for the holidays, the Japanese outlets debut several new creations for its customers to enjoy.

Before the company even dropped the first batch, the retail coffee brand had already announced a follow-up and the second wave of new holiday drinks has been revealed. Starbucks Japan added the Toasted White Chocolate to the festive lineup. This drink is said to be based on the Toasted White Chocolate Mocha that is available in U.S. stores. The blend has been updated to suit the taste of Japanese customers.

Starbucks Japan’s Toasted White Chocolate Frappuccino features a white chocolate base mixed with toasted cookies. The drink is topped with whipped cream, white chocolate-coated marshmallows, golden sugar, and toasted white chocolate. Customers can buy it in either hot or cold.

All the new Christmas drinks will be in Starbucks stores across Japan starting Nov. 23 and will be available until Dec. 25.

Meanwhile, aside from the new festive frappuccino beverages, Starbucks Japan will also be selling its new drinkware range as part of this year’s Christmas collection. Entabe reported the items would feature cute white polar bear designs.

There will be tumblers, mugs, and much other merchandise that are good to be given as gifts for this season too. These will also be in Starbucks online shop and stores nationwide from Dec. 1 to Dec. 25 or until supplies last.