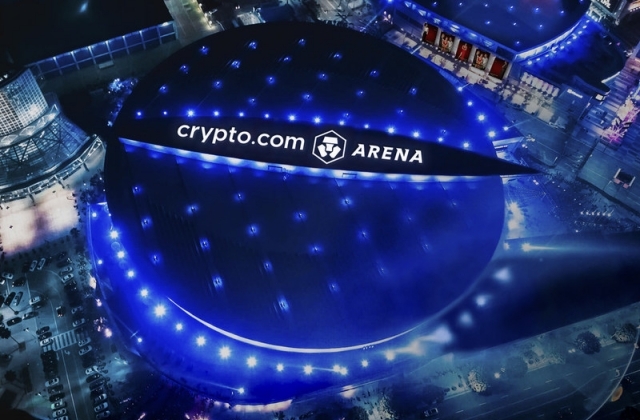 Crypto.com, a one-stop-shop for all cryptocurrency-related transactions and services, bought the naming rights to Lakers’ Staples Center in Los Angeles. It was reported that the deal is valued at $700 million.

With the purchase, the iconic Staples Center will now be called Crypto.com Arena starting next month. The said multi-purpose arena that is home to Los Angeles Lakers and WNBA’s Sparks will now have its new name and color. It is also the home court of the National Hockey League’s Kings and National Basketball Association’s Clippers.

The terms of the deal were not divulged to the public, but a person familiar with the matter told CNBC that the contract is a 20-year deal. The $700 million is said to be one of the largest naming rights transactions ever in the field of sports.

The change from Staples Center to Crypto.com Arena will take effect on Dec. 25 when the Lakers face the Brooklyn Nets in the NBA’s Christmas Day games that are held every year. The special games are set to be aired on ESPN and Disney’s ABC channel.

“Known as the Creative Capital of the World, the city of Los Angeles and the people who call it home have always been pioneers, pushing the boundaries and innovating as the undeniable global leaders of culture and entertainment,” Kris Marszalek, Crypto.com’s co-founder and chief executive officer, said in a press release.

He added, “We are very excited about partnering with AEG and investing long term in this city, starting with Crypto.com Arena in the heart of downtown, and using our platform in new and creative ways so that cryptocurrency can power the future of world-class sports, entertainment, and technology for fans in LA and around the world.”

AEG’s president and CEO, Dan Beckerman, further said that the partnership is about the future. He said that AEG and Crypto.com’s view on innovation and the future of sports and entertainment is the same. The AEG chief went on to say that both companies also have a shared commitment to communities where they work and live.

Finally, Make It reported that after the announcement of the naming rights deal, CRO, Crypto.com’s coin, surged over 24% in 24 hours. It has also climbed in the ranking of the top 20 cryptocurrencies market value and secured the no. 18 spot.