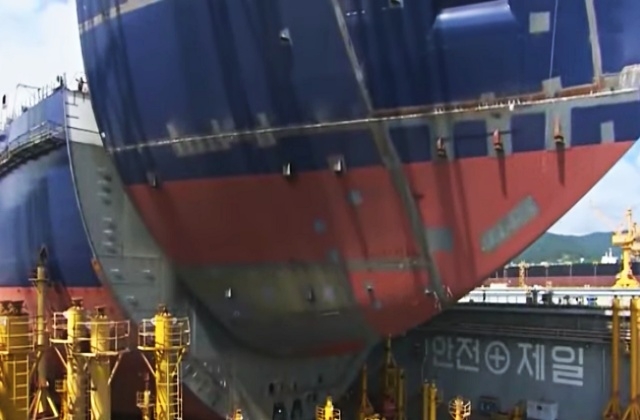 The shipbuilding industry in South Korea starts the year strong after acquiring its first large order this year. The order came just a few days into the year 2021, and as share by the Korea Shipbuilding & Offshore Engineering Co. (KSOE), it has secured a KRW288 billion or roughly $263 million worth of others.

The first confirmed big orders in 2021

As per the Korea Herald, the amount is the total of contracts with three companies in Liberia, Asia, and Oceania. Based on the details given, the Liberian company ordered a ship that can carry a 174,000-cubic meter liquefied natural gas (LNG).

This carrier is set to be built by Hyundai Samho Heavy Industries Co. The Korea Shipbuilding stated that the expected delivery date for this ship is in the second half of 2023. In this deal, there is also an option to build another ship for liquefied petroleum gas (LPG), and the two ships are worth KRW450 billion.

For the Oceania company, the order is for the building of a 40,000-cubic meter LPG carrier. This project is assigned to Hyundai Mipo Dockyard Co., and the delivery date is also in the first half of 2023.

The third order, which is for the Asian company, is set to be built by Hyundai-Vietnam Shipbuilding, which is the Vietnamese branch of the Hyundai Mipo Dockyard. It will deliver a 50,000-ton petrochemicals carrier (PC) to the buyer in the first half of 2022.

The KSOE contributed big time for South Korea to emerge as the no. 1 shipbuilder in 2019. The country beat China as SoKor secured more orders in that year.

This batch of new orders is a continuation of the strong business in the South Korean yards last year. Just in the fourth quarter alone, the Korean shipbuilding industry got almost $14 billion worth of new orders. Thus, the forecasts for growth in 2021 are good, and KSOE is targeting $14.9 billion new orders for this year.