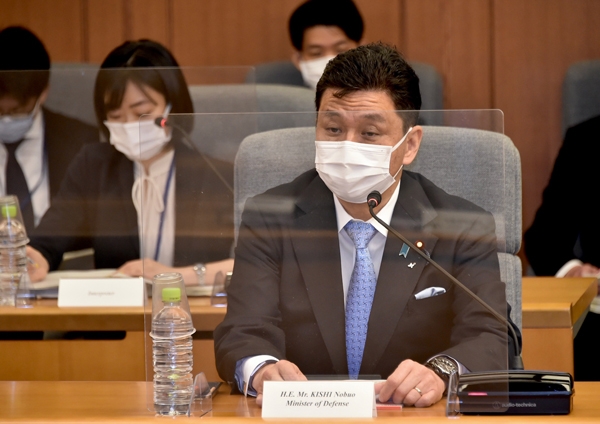 China has increasingly made bold assertions of control over the highly disputed South China Sea. As tensions remain among countries over the waters, Japan and Vietnam reach an alliance towards increasing military cooperation.

Japan and Vietnam signed a defense transfer deal in order to ramp up military cooperation in the two countries in the midst of tensions over the South China Sea. Under the terms of the deal, Japan can give Vietnam defense equipment and technology which includes naval vessels. The leaders of both nations also agreed on the importance of maintaining peace and stability in the South China Sea, which is seeing increasing aggression from China.

Japan’s Defense Ministry said Sunday that a submarine that is suspected to be from China was spotted making an incursion in the waters near its southern islands. The Japanese Navy Friday morning also spotted a vessel sailing northwest a little outside the territorial waters close to the Amami Oshima island, near the Kagoshima prefecture. They also spotted a Chinese destroyer in the region.

Tokyo has been angered by incursions made by China in its territorial waters and near its disputed islands in recent years. China, on the other hand, has often criticized the presence of US ships in the disputed parts of the South China Sea, with the US citing freedom of navigation while also opposing China’s sweeping claims of control over almost the entire body of water. An international tribunal in 2016 ruled that China’s claim has no basis under international law.

Aside from the situation in the South China Sea, there are also tensions over Taiwan, which China claims as a breakaway province and part of the mainland. Taiwan’s democratic government has strongly opposed China’s claims over the island nation. Recently, the Taiwanese government launched its five-day anti-invasion drill as China is looking to take over the island nation through military means.

The annual Han Kaung live-fire drills began Wednesday in Hualin, eastern Taiwan. The drills involved a Taiwan-made Indigenous Defensive Fighter, a US-made F-16V, a France-made Mirage 2000-5, and an E-2K early warning aircraft. They landed on a highway near the fields in Jiadong as part of a simulation of what would happen should their base be under attack.