Song Joong Ki’s top 4 dramas that you should not miss; Here’s where to find him 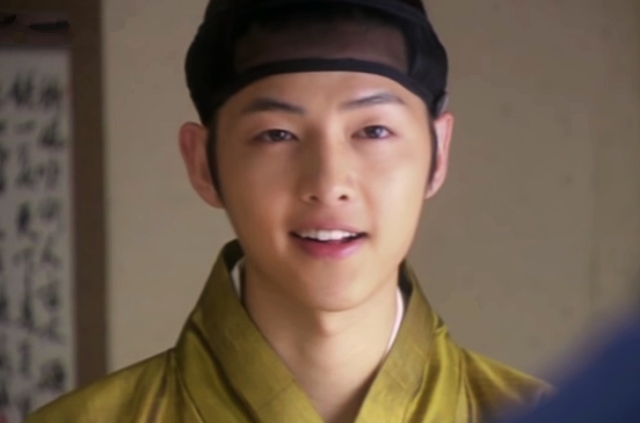 Korean dramas have infiltrated the entertainment scene around the world, and many countries today are glued on their cable TV or laptop to watch them. People worldwide have come to know many Korean actors and actresses through the drama series, and this also paved the way for them to gain huge fan bases abroad.

One of the actors who was known worldwide through dramas is Song Joong Ki. People were smitten after watching him in “Descendants of the Sum,” which he starred in with his ex-wife Song Hye Kyo.

But prior to this, he was also part of many other dramas, and all his roles have been memorable. Below are the top 4 dramas of Song Joong Ki that you should watch.

This was aired in 2010, and it could be considered as the turning point in Song Joong Ki’s acting career. He has appeared in many dramas before this but people loved him more in his role in this comedy historical drama.

He portrayed the character of Goo Yong Ha, a playboy who makes every lady fall for him with just a wink. He was smitten with the lead Yoon Hee (Park Min Young) so he helped her in some ways he could especially after learning her secret that she is actually a girl disguising as a man.

This was also known as the “Nice Guy” and this is such a serious drama. Song Joong Ki plays Kang Ma Ru, a medical student. He changed from being nice to a scheming guy after his college girlfriend betrayed him to marry a rich man.

He wants revenge so he showed up again in his ex-girlfriend’s life to ruin her. But everything change and things got complicated after he met Eun Gi, a heiress of the Teasan group of companies.

Descendants of the Sun

Although Song Joong Ki got popular after doing “Sungkyungkwan Scandal,” his popularity extended to the international level after appearing as special forces captain Shi Jin in this medical-military drama. He looks so cool as the leader of special forces and fans around the world really fell hard for him.

“DOTS” is also the drama where he met his now ex-wife Song Hye Kyo. Sadly, they divorced less than two years after tying the knot.

Finally, this is Song Joong Ki’s latest drama and fans saw him in an unusual character. This is a fantasy drama where he plays Eun Som/Saya. Song Joong Ki is a warrior and it was his fate to save his birthplace which is the land of Arth. it was reported that there will be season 2 is in the works.