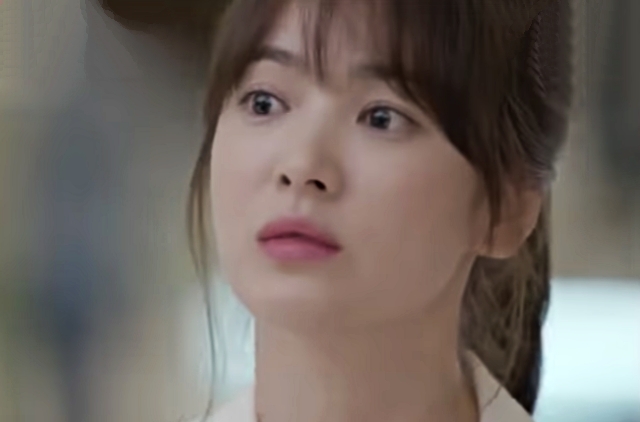 Song Hye Kyo may not be active in the acting field these days but she is very visible on the fashion side of the entertainment world. The actress is often seen in promotional activities and photo shoots for various brands and products and recently she starred in a fashion film for Bottega Veneta, an Italian luxury fashion brand.

The fashion film titled “La Donna Che Amiamo (The Woman We Love)” was uploaded by filmmaker Sang Hun Lee on YouTube last March 30 and it was well-made for the stunning actress. It was said that the video is part of the Bottega Veneta’s S/S 2020 collection.

The clip is interesting as it does not just showcase fashion but it was also a short interview where Song Hye Kyo answered questions about herself while also showing the behind-the-scenes of the photoshoot for the brand. The actress revealed some things about herself that fans would surely want to know.

Firstly, Song Joong Ki’s ex-wife was asked what she prefers most - is it late night or morning? She said that she personally enjoys late nights. The actress explained that it is because she feels that she can do many things she enjoys during her free time alone.

The “Descendants of the Sun” actress was also asked when does she feel most like herself. “Perhaps when I eat and talk with the people I love,” she replied. “I think I show my most natural self during those times.”

Song Hye Kyo also shared that one thing that she is most happy about in her life is the fact that some relationships and people have stayed with her for a really long time. She added that those people did not change at all so she is really grateful. “The people I met when I was younger are still by my side,” she said.

Meanwhile, Song Hye Kyo is one of those Korean actresses who is known to have a lot of interest in the fashion world. This explains why she always attends fashion shows in and outside of South Korea. In fact, even when there were cases of COVID-19, she still attended a fashion event in Milan which forced her to go on self-quarantine after returning to her home country.