Snyder's debuts beers with pretzels in time for the Oktoberfest 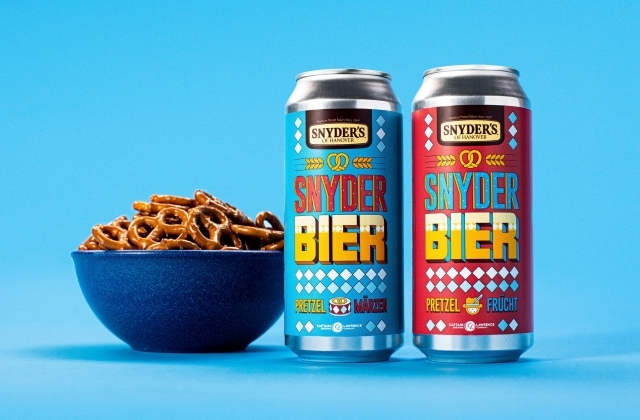 Snyder’s is a famous brand of pretzels and it is releasing beer flavors paired with its pretzels. The company said that the new brews will definitely make anyone want to celebrate the upcoming Oktoberfest this year, wherever they may be.

Snyder’s of Hanover made it possible for beer and pretzels to go together in one brew after collaborating with Captain Lawrence Brewing. The company is the latest brand to produce a beer that bears its name and has joined the likes of Hershey’s, Waffle House.

According to Food & Wine, Captain Lawrence Brewing and Snyder's of Hanover announced their team up with the release of two beers that combine beer and pretzels. It was also noted that the alcoholic beverages are set to be launched just in time for the Oktoberfest.

Synder’s pretzel beer collection will be called the Snyder Bier and it will be on the market in two flavors which are Pretzel Märzen and Pretzel Frücht. The former is said to be a lager that combined the classic malty taste of beer with the slow-baked mini pretzels of Snyder's. On the other hand, the latter is a gose-style ale brewed with passion fruit and guava-flavored pretzels.

"With the possibility that Oktoberfest events may need to be canceled or move to virtual for the second year in a row, we wanted to give consumers an easy way to bring the spirit of the festival home," Campbell Snacks’s Director of Marketing, Pretzels, Nuts, and Popcorn, Rachel Sasser, said in a press release. "The mixture of our slow-baked pretzels with Captain Lawrence's refreshing brew is guaranteed to make you want to celebrate Oktoberfest from wherever you are."

Scott Vaccaro, Captain Lawrence founder, and brewmaster added that their company loves the challenge of creating something new so its production of new flavors in partnership with Snyder’s of Hanover was really exciting. They are hoping that their fans and customers will love these new brews.

Finally, SnyderBier will be in select stores nationwide and on sale until supplies last. People can get them for $14.99 for a pack of 4-pcs. 16-ounce cans.