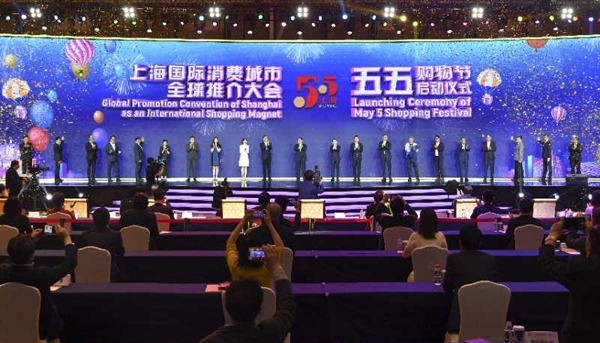 Shanghai municipal government's May 5 Shopping Festival helped the city's total consumption over the past two months to return to the same level last year.

The festival attracted over 520,000 online sellers and nearly 100,000 offline retailers.

The total consumption value registered in Shanghai's brick-and-mortar stores over the two months beginning May 5 reached $40.6 billion, which is on par from the same period last year.

The city's total online retail sales also got a lift from the shopping festival, reaching $36.45 billion, up 23.5 percent from last year.

Over 300 local and imported brands released more than 1,500 new products during the shopping festival.

A total of 240 flagship stores of all kinds were opened in Shanghai in the second quarter, which was four times the number recorded in the first quarter.

The shopping festival has also helped nearly 1,000 export companies get through difficulties incurred by the COVID-19 epidemic by shifting their focus to the domestic market in the past two months to reap nearly 5 billion yuan of turnover.