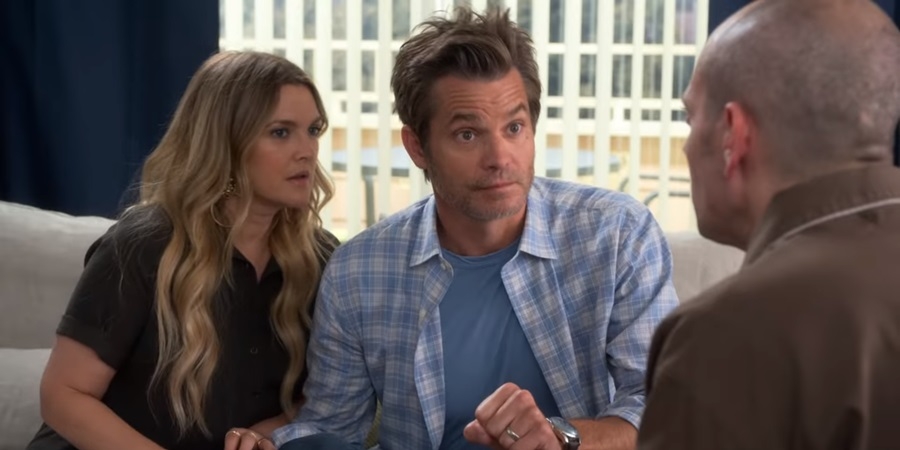 Photo via Screenshot of Netflix/Youtube

The fate of “Santa Clarita Diet” Season 4 is still up in the air as Netflix has yet to order a fourth installment. But if they are to greenlight another batch for the horror-comedy, it will likely come out either in the first quarter of 2020, likely between February and March.

The first entry dropped in February 2017, while the second and third were both released in March 2018 and 2019 respectively. With the release date out of the way, it’s time to talk about the storyline of “Santa Clarita Diet” Season 4.

The previous installment ended on a huge plot development as Joel (Timothy Olyphant) has now been turned into a zombie by Sheila (Drew Barrymore). Show creator Victor Fresco said that this storyline will be one of the main focus of “Santa Clarita Diet” Season 4 as Joel and Sheila’s marriage transitions into a gory complicated mess, Digital Spy reported.

And since the couple is now flesh-eating zombies, it seems that the series is heading to close. Fresco spoke with The Hollywood Reported and said that he can see that “Santa Clarita Diet” Season 4 might be the last for the horror-comedy. However, Fresco did add that he’s also imagining that the fifth entry of the show could be its last run.

Whatever the case, it seems that the storyline is heading towards its conclusion as the stakes are now higher than ever. As for the possibility of “Santa Clarita Diet” Season 4 getting greenlighted, Fresco admitted he’s not sure about the future either.

“We're aware that the show gets more expensive every year. We're aware of what seems like templates of [Netflix's] studio stuff now. It looks like mostly three-season stuff. We know they like the show. I like to say the humans there seem to love the show; I don't know how the algorithm feels about us, and the algorithm makes a lot of decisions, ultimately. So I just don't know,” Fresco said. While Netflix remains reticent at the moment, it’s expected that they’ll break their silence about “Santa Clarita Diet” Season 4 a month or so from now.

The streaming giant would usually order or cancel a particular show one or two months after it airs. As Fresco said, Netflix appears to be looking at the numbers that would justify the creation of “Santa Clarita Diet” Season 4. Hopefully, the bigwigs greenlight the fourth installment as the show is one of the most underrated series in Netflix’s lineup, blending satiric dialogue and hilarious moments masterfully.