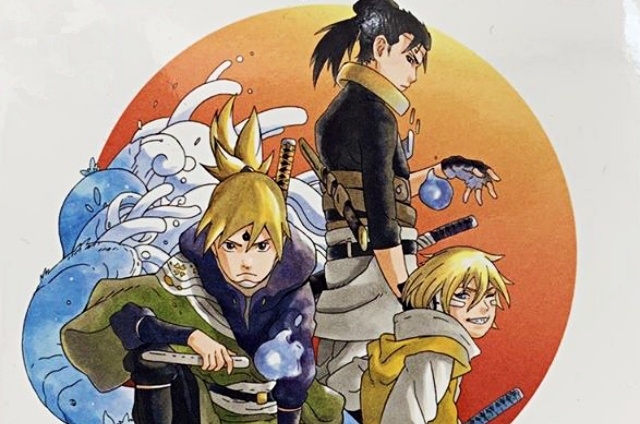 “Samurai 8” chapter 36 is up next, and this is the latest manga chapter about Hachimaru’s journey. He has set out to search for the other key holders who are like himself, and he is doing this to protect and conserve the universe.

In the previous “Samurai 8” chapter 35 titled “Wabi Sabi” that was released this week, someone showed up, and it was the god of warrior Fudo Myo-o. Thus, with this appearance, his existence was finally proven. This is the first time that he has appeared since his name has always been just mentioned in the story.

Now, in “Samurai 8” chapter 36, more information about the warrior god will be revealed. The purpose of his existence is also expected to be shown in the upcoming release. This means readers will not just get to know more about Furo Myo-o, but insights about they will also learn more about samurais and the universe.

The god will appear in the digital plane of Hachi’s consciousness, and as Furo Myo-o reveals that it was him who created the samurais, both Daruma and Hachimaru would be shocked at this revelation. It turns out that all the samurai’s digital consciousness is connected to Myo-o.

“Samurai 8” chapter 36 will also continue from the time when Hachi’s license’s download is being completed. It was stated that from that scene, the next story will mark the beginning of the new arc.

Further, in the next chapter, fans will witness Hachimaru becoming a full-fledged member of Kongo-Yasha Style as he already downloaded the license. Next up is that as a samurai, he will now have access to information, techniques, and skills from one of the Four Schools that were created by Myo-o.

“Samurai 8: Tales of Hachimaru” chapter 36 is expected to be released on Feb. 2, as per Otakukart. Provided that there will be no delays, raw scans for this chapter may already be available this week. Fans can read the manga via Shueisha’s Weekly Shonen Jump that can be found online via VIZ media.