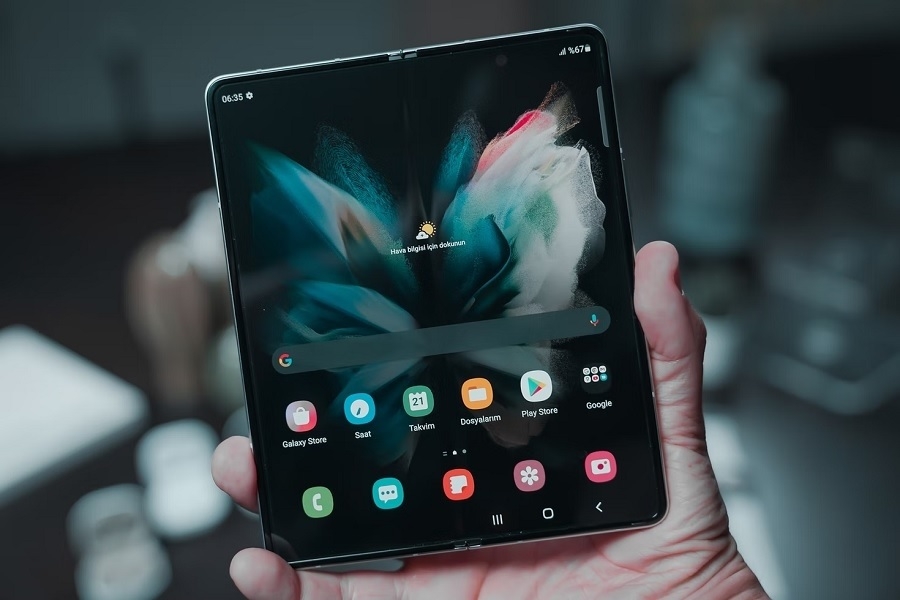 Samsung fans can now see what to expect from the upcoming Galaxy Z Fold 4, thanks to a new leak from a reliable source. The leaked renders suggest the device will sport general similarities with its predecessor. However, one key feature changes and borrows a design element from the Galaxy S22 Ultra.

New crystal clear renders and a 360-degree view of the Galaxy Z Fold 4 have emerged online this week courtesy of well-known leaker OnLeaks (via Smartprix). At first glance, the upcoming foldable phone does not look very different from last year’s product. At the back, though, it no longer features a conventional camera bump for the rear-facing sensors.

The leak suggests that Samsung will adopt Galaxy S22 Ultra’s design. That means the Galaxy Z Fold 4 cameras will appear separately protruding from the back case. Unfortunately, the leak does not have details yet on the camera specs of Samsung’s next flagship foldable phone.

Display analyst Ross Young also provided insight into the reported new dimensions, noting that the upcoming phone’s foldable display is 30 percent thicker, which explains the slight bump in its depth. The Galaxy Z Fold 4 is still expected to sport a 7.6-inch screen when unfolded and a 6.2-inch cover display.

The tweaks in the phone’s measurements are expected to cause changes to its aspect ratio as well. Samsung will also reportedly apply some changes in the Galaxy Z Fold 4 hinges. But the report said these should not be recognizable to the naked eye. Tech fans may have to wait a few more months for other technical specs to leak, with Samsung likely announcing its next generation of foldable phones sometime in August.