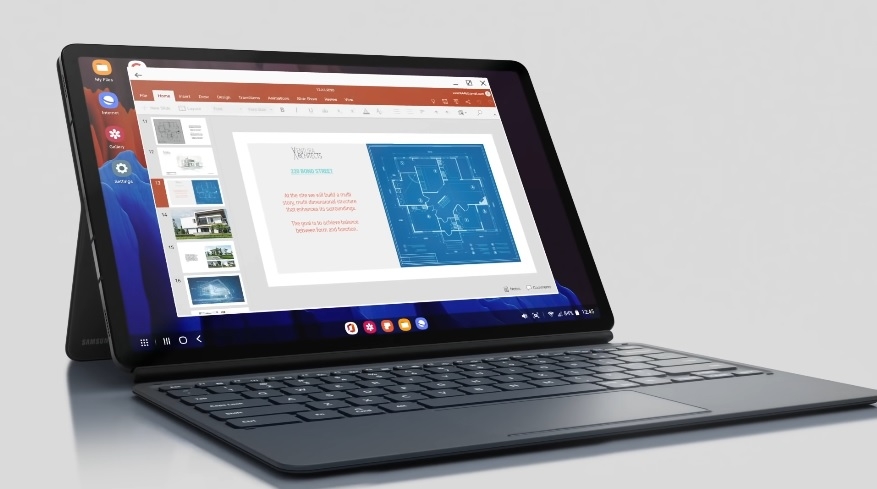 Many Samsung fans are already anticipating the announcement of the company’s next premium tablet. However, a new leak surfaced hinting at the launch of a “Galaxy Tab S7 Lite” device in the coming months.

The anticipation around the next Galaxy Tab S tablet started when the official website of Samsung Ireland listed Galaxy Tab S8 Enterprise Edition even though it has not been announced yet. While it is not surprising that a new premium tablet could be in the works, it might not be the only Galaxy S tablet launching this year.

Twitter page WalkingCat, which had accurate leaks before, shared what appears to be promo images for Lite versions of the Galaxy Tab S7 and Galaxy Tab A7. Usually, a Lite model of any device has distinct downgrades from the standard versions of the lineup. However, it looks like the Galaxy Tab S7 Lite would be a worthy mid-range option that has some of the essential features from the latest Samsung’s premium tablet series.

The tablet, reportedly launching in 2021, is listed with a 12.4-inch screen similar to the high-end Galaxy Tab S7+ tablet but its screen resolution is similar to the base Galaxy Tab S7 model, 2560 x 1600 (WQXGA) LTPS TFT. Like the standard models, it would also support 5G connectivity. The poster also mentions Galaxy Continuity that latter allows calls and messages from the user’s other Samsung devices to be redirected to the tablet.

Samsung Galaxy Tab S7 Lite: How it could be different

The rumored display specs of Galaxy Tab S7 Lite are hardly a downgrade, so it is interesting how this is going to be a real mid-range offering. Samsung fans can take hints from the Galaxy Tab S6 and Galaxy Tab S6 Lite models to get a better idea.

The Galaxy Tab S7 Lite could offer lower configurations like 4GB RAM and 64GB/128GB storage. Note that the standard S7 tablets are available with 6GB/8GB RAM and 128GB to 512GB storage capacities. In the case of the Galaxy Tab S6 series, the lite model featured fewer stereo speakers and lower camera specs.