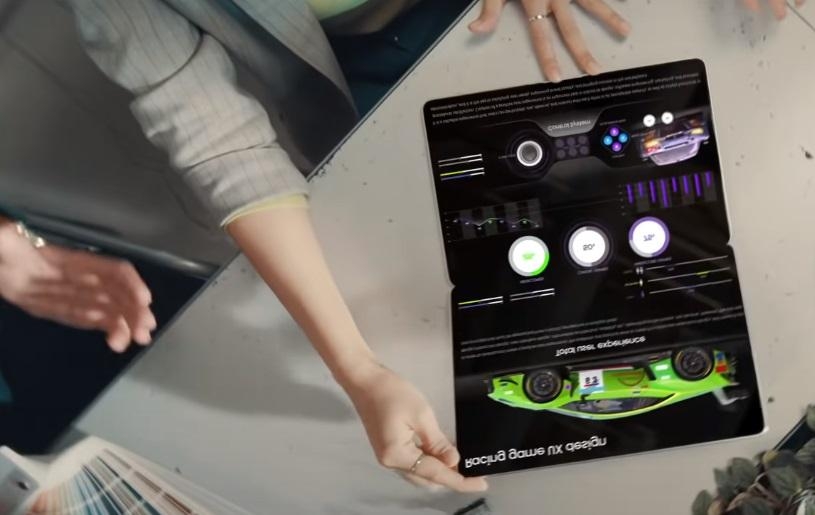 Earlier this year, Samsung Display presented a concept that will redefine the 2-in-1 laptop. Now, a very reliable leaker has suggested that Samsung is gearing up to launch the “Galaxy Book Fold 17.”

Ice Universe shared a “breaking” report on Tuesday by posting what appears to be the logo of an unannounced product that the South Korean tech giant might call Galaxy Book Fold. The number 17 in the supposed product name likely pertains to its display size.

The 17 in the name also made it easier for others to identify what device Ice Universe’s tip could be about. During the SID Display Week festivities last May, Samsung Display shared an interesting video filled with concept devices that feature foldable displays. One of them was a 17-inch foldable laptop that can be viewed around the 31-second mark of the video below.

It is important to note that the presentation only includes a concept of what Samsung could create in the future. But if the video is any indication, the rumored Samsung Galaxy Book Fold could appear like a laptop with a display that extends to the area where a keyboard is supposed to be placed. The company could have several approaches when it comes to its form factor. It could be like two tablets hinged together to function as a 2-in-1 laptop or a single 17-inch foldable display that would appear like a much bigger version of the Galaxy Z Fold.

Samsung Display’s video also listed several possible features on the supposed Samsung Galaxy Book Fold concept. The company could skip having any display notch or hole by using an under-panel camera. With its resources, Samsung might also opt for an all-OLED device with a responsive display. The video also hinted at a possible power-saving Dark Mode.

Back in 2018 when Samsung’s first foldable smartphone was just a concept, the company confirmed it was already eyeing to make a foldable laptop at the time. “Like foldable smartphones, Samsung is collaborating with display makers to develop laptops with foldable displays that will not just simply fold in and out but create new value and user experience, amid the changing market trends for laptops,” Samsung Electronics corporate VP at marketing Lee Min-Cheol said.