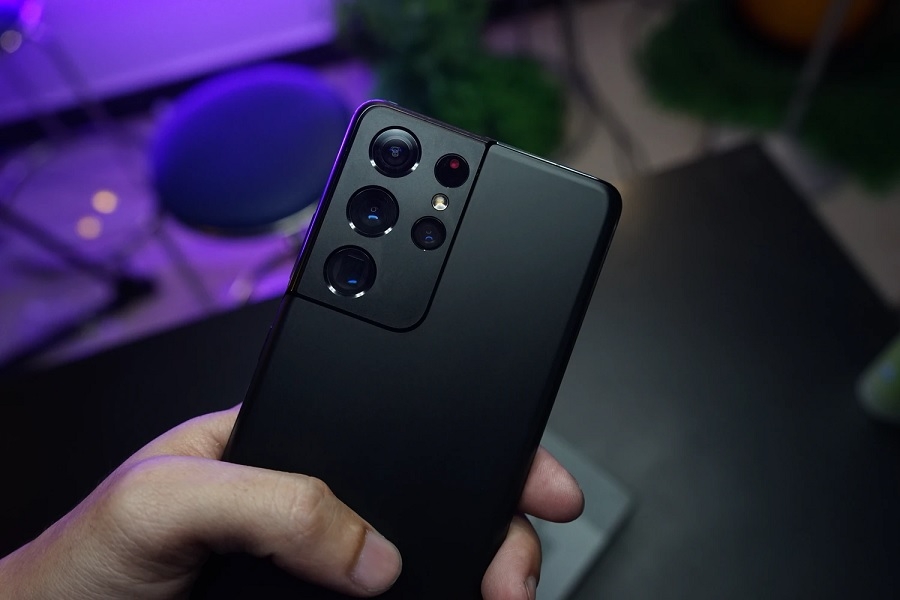 Samsung is expected to launch the Galaxy S22 series in a few months. However, the next Ultra model is reportedly entering the market without significant changes in its camera specifications.

A new report from Galaxy Club has claimed that the cameras available in Galaxy S22 Ultra are likely similar to its predecessor. The upcoming device is expected to feature two telephoto cameras, and one of them will have a periscope lens capability.

Both telephoto lenses on Galaxy S22 Ultra are also anticipated to have 10MP resolution. The one with a periscope lens is expected with 10x optical zoom.

The same report notes that the source did not specify the zoom capability of the other telephoto sensor. However, since the attributes are almost identical to the camera specs of Galaxy S21 Ultra, the second telephoto lens will likely work with a 3x optical zoom.

The report has since led to speculations that other camera specs will be the same for Galaxy S22 Ultra. That includes a 108MP wide main camera and a 12MP ultrawide sensor.

Meanwhile, there is more significant improvement expected in the cameras of the Galaxy S22 and Galaxy S22+. Both devices are rumored to launch with a new 50MP main camera, a 12MP wide lens, and a 10MP front-facing sensor. It can be recalled that both Galaxy S21 and Galaxy S21+ launched earlier this year with a 12MP wide main camera, a 64MP telephoto lens with 3x hybrid zoom and 1.1x optical zoom, and a 12MP ultrawide lens.

The report also points out that the lack of massive changes in the Galaxy S22 Ultra camera is not surprising. People who have just purchased the Galaxy S21 Ultra this year are less likely to immediately upgrade their phones, but keeping these camera specs could still entice people using older phones from earlier Galaxy S lineups to consider the upcoming Ultra model.

Meanwhile, the reports from earlier this year that Samsung is skipping the Galaxy Note this year have become a reality. Its August Galaxy Unpacked showcase, which took place last week, focused on the launch of the new foldable phones Galaxy Z Fold 3 and Galaxy Z Flip 3. But it is still unclear if a new Galaxy Note will join the Galaxy S22 series in Samsung’s lineup of new phones for 2022.