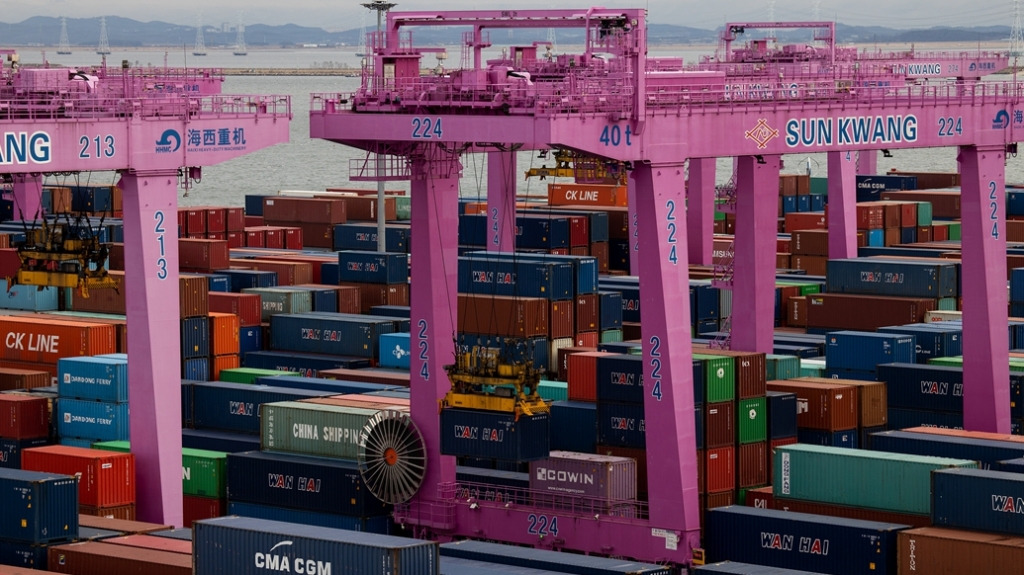 South Korea's exports are recovering faster than other major nations.

The country will release the official monthly export data report on Thursday.

He added that South Korea's exports are recovering faster than other major nations.

In August, the country's overseas shipments extended its slump to a sixth month due to the global impact of the pandemic on businesses.

South Korea had a 4.5 percent rise in its exports in February, its first on-year rebound in 14 months.

However, by March outbound shipments began to drop, accelerating to 25.5 percent in April and 23.6 percent in May.

Exports rose 3.6 percent on-year in the first 20 days of September, due to a sharp gain in exports of semiconductors, marking the first 20-day rise in six months.

Sung noted that chips, cars, and electronic goods might have fared well.
Automobile exports more than halved in May.

South Korea plans to come up with a new set of policies to help exporters expand their sales through online platforms in October, the ministry said in a statement.