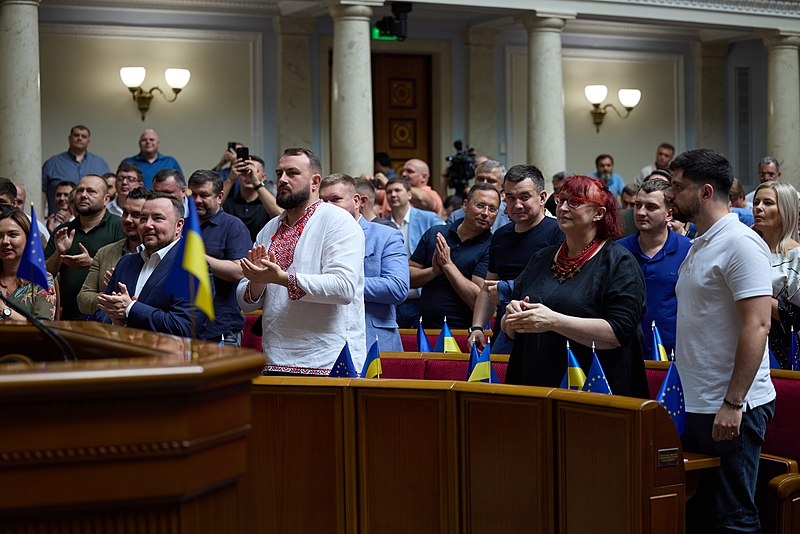 Amidst the ongoing war, the Ukrainian government is also going through personnel changes with the recent dismissals of several officials. The Ukrainian parliament this week approved the appointment of the new prosecutor general.

The Ukrainian parliament this week voted to approve lawmaker Andriy Kostin as the country’s new prosecutor general, replacing Iryna Venediktova, who was dismissed earlier this month.

Kostin, who belongs to President Volodymyr Zelenskyy’s Servant of the People Party, received the endorsement of 299 deputies in the 450-seat parliament.

Aside from Venediktova, Ukraine’s Security Service chief Ivan Bakanov was also dismissed from his post by the parliament. Zelenskyy also announced at that time that he dismissed one of the security service’s deputy heads but did not disclose who it was.

In a post on the Telegram messaging app, the parliament’s ruling party leader David Arakhamia suggested that Venediktova may be up for a diplomatic position.

Venediktova and Bakanov were initially suspended by Zelenskyy citing the dozens of cases of collaboration with Russia amongst their officials. In a post on Telegram, Zelenskyy said that 651 cases of alleged treason and collaboration were opened against Ukrainian prosecutorial and law enforcement officials.

Zelenskyy said that more than 60 officials from both Venediktova and Bakanov’s offices were found to be collaborating with Russia in the occupied territories.

“Such an array of crimes against the foundations of the national security of the state…pose very serious questions to the relevant leaders,” said Zelenskyy. “Each of those questions will receive a proper answer.”

The Ukrainian parliament also said early this month that it has appointed experienced prosecutor Oleksandr Klymenko to lead the anti-corruption department, which would also be approved by the prosecutor general.

Parliament issued a statement at the time saying that Klymenko was chosen by a special competition commission in a process that took months. Klymenko previously served in the national anti-corruption bureau.

The appointment of Klymenko was also part of Kyiv’s effort to make good on its commitment to fight corruption in the country. The former head of the anti-corruption agency resigned two years ago.