Rihanna is now a billionaire, and here’s how she raked in tons of cash - and it is not due to music 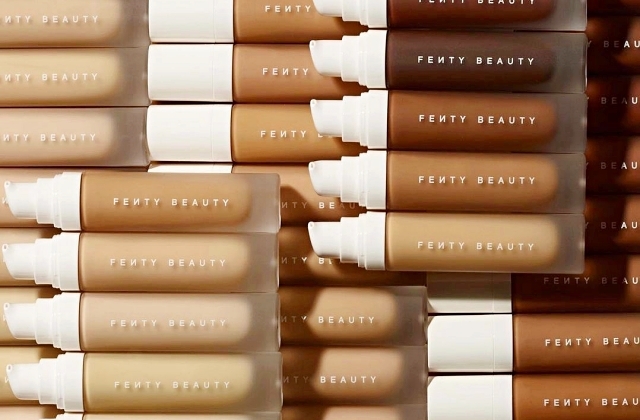 Rihanna is known worldwide as a singer, actress, and fashion designer, but not many know that she is also a businesswoman. The 33-year-old is now a certified billionaire, and most people will be surprised to know that what made her the richest female musician in the world is not her music, but it was something else.

Rihanna was able to reach her billionaire status today because of her cosmetics business that was only launched in September 2017. It can still be considered new, but the brand raked in millions to push the singer to the top of the business line.

According to Fox Business, the singer was officially declared a billionaire on Wednesday, Aug. 4. Her profile in Forbes showed that her fortune already ballooned to an estimated amount of $1.7 billion.

The “We Found Love” singer may already be very wealthy due to her career in the entertainment field, but she has also been busy with her business. Her brand called Fenty Beauty contributed to the majority of her wealth now.

She is the wealthiest female singer today, and with her record, she is behind Oprah Winfrey to be the richest entertainer. It was estimated that in Rihanna’s entire fortune, $1.4 billion came from her cosmetic business. It was mentioned that the singer owns 50% of the company, and she also has a stake in Savage X Fenty, her lingerie line, which is said to be worth $270 million.

“A lot of women felt there were no lines out there that catered to their skin tone. It was light, medium, medium-dark, dark,” Forbes quoted Shannon Coyne, co-founder of Bluestock Advisors, consumer products consultancy, as saying in a statement with regards to Rihanna’s feat in her businesses. “We all know that’s not reality. She was one of the first brands that came out and said, ‘I want to speak to all of those different people.’”

Meanwhile, Rihanna’s Fenty Beauty is also owned by LVMH, a French luxury goods company. Shannon Coyne said that the cosmetic brand’s wide-ranging line of products formulated for different types of skin tones has pushed the business into its massive success.