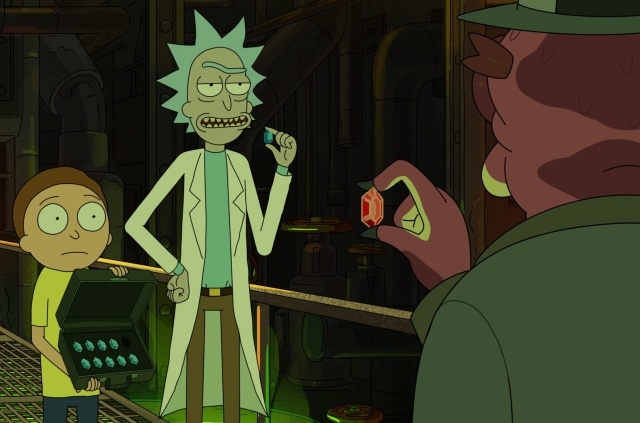 To make it to the fans for the seemingly slow production of “Rick and Morty” season 5, Adult Swim eases their annoyance a bit by releasing a video showing the first look. With the release, the viewers got hints about what to expect in the upcoming fifth installment.

The production team behind series shows like this animation needs to continuously work to produce content for their next episodes. However, in this time of the pandemic, many have halted their filming schedules to protect everyone.

In the case of “Rick and Morty” season 5, the show creators Dan and Justin revealed that they have not stopped working. Their workmates also continue to work so they can release the new episodes soon. This was possible when Dan said they shifted to the work-at-home option since they can’t go to their office.

“We had already finished Season 4 and the writers are working on season 5 in two-hour blocks through Zoom,” Harmon told The Wrap. “There are a lot of things that are better about a Zoom writers’ room, and they are balanced out by things that are worse.”

Since they never stop working, they were able to release a first-look video of “Rick and Morty” season 5 as the fans are getting impatient already. This was shown during the Comic-Con@Home Adult Swim Panel and it revealed many things about the new season’s plot.

In the video, it seems that Rick and Morty are going to be in serious trouble after spending some time somewhere in the inter-dimensional galaxy. The pen and ink first look of “Rick and Morty” season 5 showed that the mad scientist was gravely injured and his grandson had to carry him out of the place fast.

In their spaceship, Morty is nervous and confused since he needs to bring his grandpa back to Earth as soon as possible or he will die. The problem is, he does not know how to operate the ship. In the end, he crashed their space vehicle in the ocean after hurriedly confessing to Jessica as he thought he is going to die.

The grandpa and grandson duo were saved but their landing on the water revealed a surprising twist when suddenly a giant clamshell appears. Inside, Mr. Nimbus declared that by landing on the water, Rick and Morty have “desecrated the treaty between the land and sea.”

It turned out that Mr. Nimbus is Rick’s eternal foe so their meeting is an unfortunate event. Now, they seem to be in a new danger in “Rick and Morty” season 5.

Meanwhile, the release date for the fifth installment is not yet available. However, it is certain that it would be delayed due to the current COVID-19 situation.