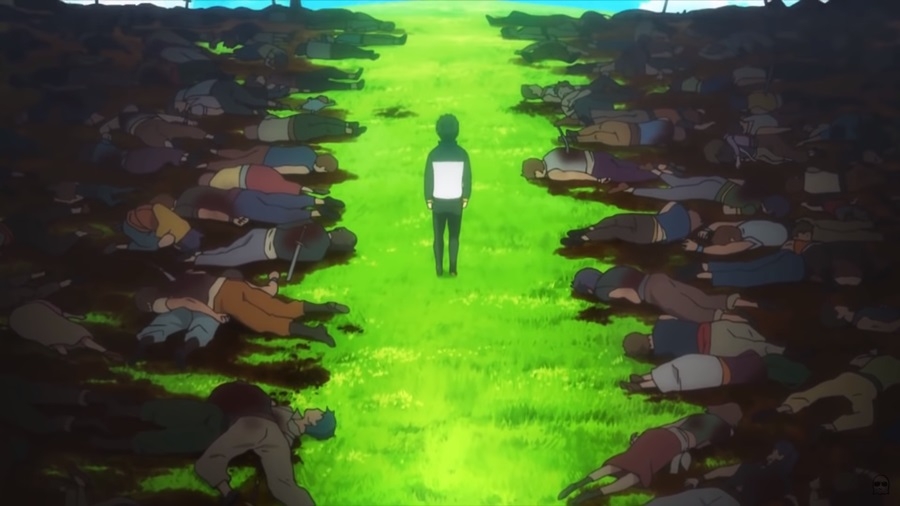 Photo via Screenshot of Anonesan/Youtube

“Re: Zero” Season 2 will be telling a dark story as the events that occurred in the finale will be broken by a series of unfortunate attacks. Indeed, the trailer for the second entry already hinted at this fact after audiences saw Subaru walking through a field of corpses.

Following the events of the White Whale expedition, Rem and Crusch will be seen traveling with a host of knights. The bloodbath began after a mysterious figure appeared in front of the party. “Re: Zero” Season 2 will reveal this character as Sin Archbishop of Gluttony Ley Batenkaitos, MonsterAndCritics reported.

Along with Gluttony is Sin Archbishop of Greed Regulus Corneus. Together, the two antagonists rip apart the knights escorting Rem and Crusch. Crusch herself got her entire arm cut off following an attack from Gluttony. While both Rem and Crusch survived their ordeal, their fate in “Re: Zero” Season 2 will be darker than death.

It turns out that Gluttony can eat the memories of his victims. Worse still, he can also erase an individual from existence by simply gorging their name. This fact will be the driving force of “Re: Zero” Season 2 after Subaru learns that everyone – barring Beatrice and himself – forgets Rem ever lived.

To right the atrocious act, the titular protagonist will try to kill Gluttony as his death might undo what’s been done to Rem. The bad news, however, is that author Tappei Nagatsuki himself isn’t sure about Rem’s fate, referring to her as the “sleeping princess.” This hints that what happened to Rem might be a permanent thing, Inquisitr reported. As for Crusch, “Re: Zero” Season 2 will reveal that only her memories got eaten, the same fate that befell the surviving knights of the White Whale expedition.

Of course, other characters will be making their way into the second entry as well, including Echidna, the Witch of Greed. She, too, will be tormenting Subaru but the pain will come in a different form, testing the limits of the protagonist’s mind. As for when “Re: Zero” Season 2 might be released, White Fox hasn’t announced anything just yet. However, it’s believed that it might come by the end of 2020 on account that “Re: Zero” OVA 2 will be dropping on the end of 2019. So there’s that to look forward to, at the very least.