Prince Harry, Meghan Markle: Buckingham Palace suggests the Sussexes are divorce but later said it was a blunder 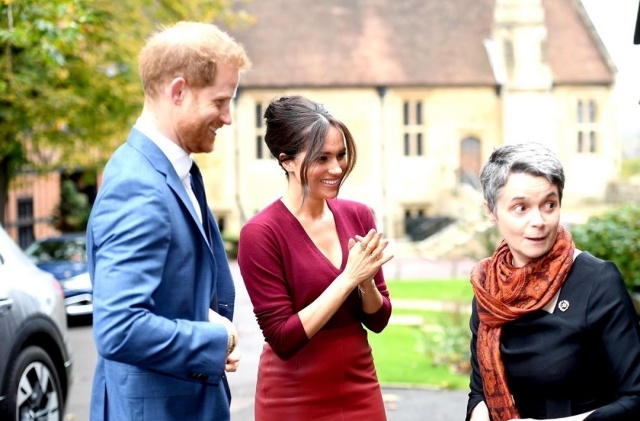 Prince Harry and Meghan Markle gave up their positions as senior members of the Royal Family, which means they withdrew and will no longer be royals. They also gave up their titles so they will not be addressed as His or Her Royal Highness.

The exit of the couple was announced via the Sussexes’ social media page, and the next day, Meghan flew back to Canada to be with her son Archie. Her departure from the U.K. made headlines as it appears she and Harry planned everything during their 6-week break in North America. Harry remained to discuss the issue with Queen Elizabeth, Prince Charles, and Prince William.

In the end, Her Majesty has given them what they want, but this will also mean being stripped off their titles. Prince Harry readily agreed and went back to Canada to reunite with his family after a week of discussion with the Royal Family.

Royals unintentionally disclosed that Meghan and Prince Harry are divorced?

Now, Buckingham Palace announced that as their official titles were removed, the couple will now be referred to as Harry, Duke of Sussex, and Meghan, Duchess of Sussex. However, the title given to the former “Suits” actress implied that she is divorced from Prince Harry since this is the same name used by women who were divorced from their royal husbands.

For instance, Fergie, the former wife of Prince Andrew, Duke of York, is now called Sarah, Duchess of York. Because of this, the Buckingham Palace is said to be apologetic for the blunder as they seemed to have suggested that Meghan Markle and Prince Harry have split up because of her new name.

CNN reported that the royals are now revising its guidelines on how Prince Harry and Meghan should be addressed. They admitted that it was an error on their part, so they will make the necessary correction once they are done with the revisions.

While the Buckingham Palace is working to correct the names to avoid insinuations that Prince Harry and Meghan are divorced, many believed that it is bound to happen anyway. They said that the Sussexes will eventually divorce later.

The Daily Mail reported that now that they have stepped back from their royal duties and officially left the royal family, the couple is four times more likely to divorce, and this could happen in the next five years. Bookmakers opined that instead of coming back to rejoin the Royals, Harry and Meghan will call it quits instead. The publication stated that Bookmakers posted the odds of 3/1 for the Sussex couple to get divorced by the year 2025.