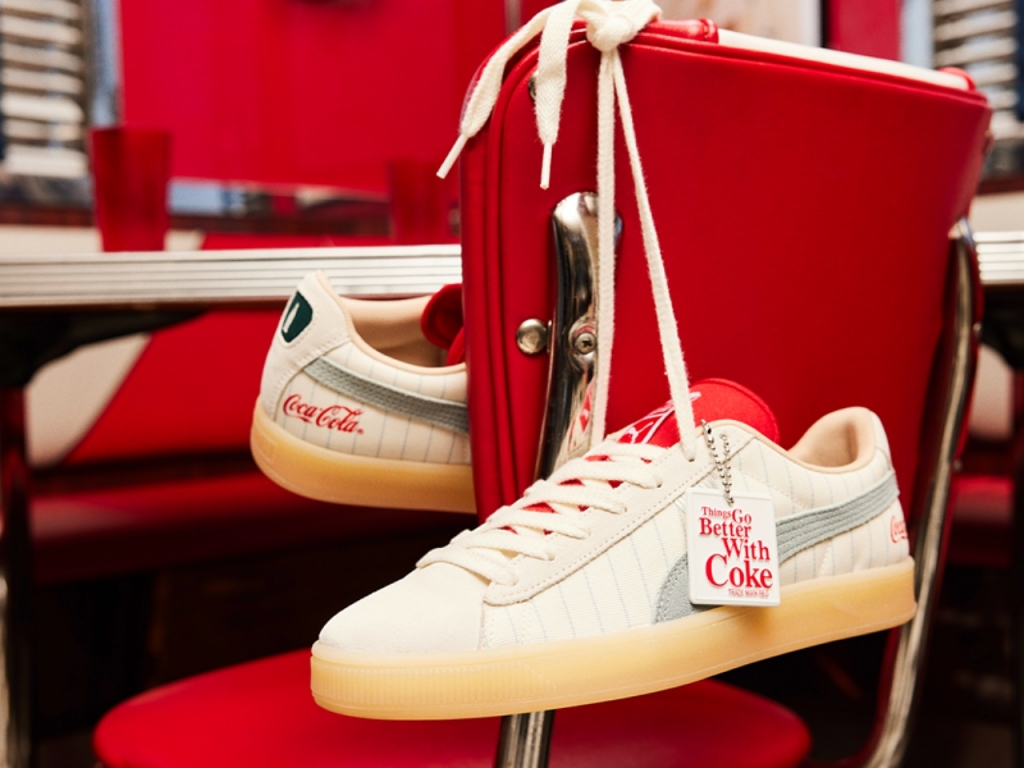 Puma announced that it has teamed up with Coca-Cola to release an array of footwear and clothing items this year. The company said that the collection would bring nostalgia as the designs and colors are retro.

The Puma and Coca-Cola collection features the American-style retro, and this is clearly shown in the photo shoot for the promotion of the new merchandise. It was added that the items were designed to celebrate the companies’ long heritage and history.

It was mentioned that Coca-Cola will launch the first collection with Puma on Aug. 11. Fans will be able to see colorful shorts, graphic tees, hoodies, relaxed polos, and a new Slipstream colorway. The nostalgic collaboration encompasses both apparel and footwear, including the classic Puma silhouettes featuring Slipstream trainer and the T7 tracksuit.

“The collection encompasses both footwear and apparel, including classic PUMA silhouettes like the T7 tracksuit and the recently released Slipstream sneaker, reimagined with elevated details, and finished with a retro color palette and Coca-Cola’s classic pinstripes on select items,” Puma stated in a press release. “The included footwear features thoughtful touches like co-branded woven labels, molded hang tags, and exclusive packaging that includes special laces and wrapping.”

Puma’s Suede and its Wilo slide were also reinterpreted by featuring designs with the Coca-Cola branding. The first release has been named the “Drop One” of the Puma x Coca-Cola collaboration, and starting Aug. 11, they will be available at select Puma retailers.

The Drop Two is set to take place later this year. Either Coca-Cola or Puma revealed the exact date for the second batch of releases.

Real Sport reported that the price range for the items in the Coca-Cola x Puma collection was not revealed as well. However, JD Sports, a British sports fashion retailer, listed some of the graphic tees for $35, while the women’s cropped pullover hoodies feature a price tag of $70. As for the Puma sneakers, prices could start at $90.

Finally, the Puma x Coca-Cola collaboration totally exudes Americana, and most people will be transported back to classic vintage fashion styles of the 60s when they see the new collection.