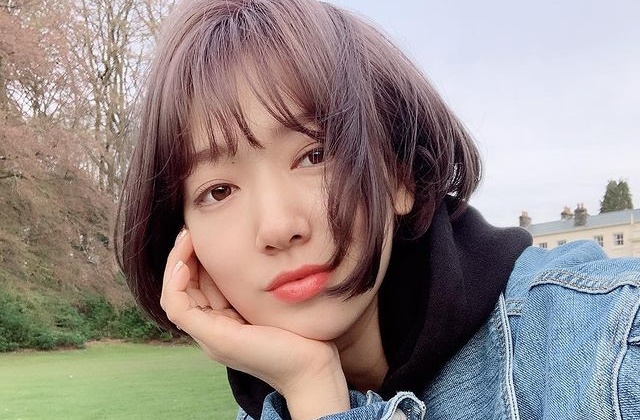 Park Shin Hye is starring in another movie titled “Call.” This is the actress’ second movie featuring the thriller genre. She also starred in the blockbuster “#ALIVE” film that she top-billed with multi-awarded actor Yoo Ah In.

As per Soompi, Park Shin Hye recently had an online interview where she revealed her thoughts about “Call” and her other projects. She talked about how she gave life to her character as Seo Yoon, a woman from the present time who mysteriously received a phone call from a woman who lived in another time.

The woman from the past is played by Jeong Jong Seo whose character’s name is Young Sook. After getting connected, the two women conspired to change their past and future. The movie also features talented artists including Lee El, Lee Dong Hwi, Park Ho San and Oh Jung Se.

“Rather than a story of things that happen between a man and a woman, this film is centered on women,” Shin Hye shared in the interview when asked to describe her movie. “I think it’s a well-made movie that was produced well.”

Park Shin Hye went on to say that they work really hard in “Call” and she truly immersed herself into her character to show Seo Yoon’s various emotions that will really convince the viewers.

“My emotions would build while acting, more so than in the scenario, so many scenes were ad-libbed,” she said. “Rather than it being uncomfortable, I immersed myself even more in the situation after encouraging my emotions.”

Lastly, the actress said that she hopes that more opportunities to film movies featuring women will come her way because this is really rare. “Call” premiered on Netflix last Nov. 27.

Meanwhile, Park Shin Hye just returned to filming her latest drama called “Sisyphus: The Myth.” Allkop reported that she started filming again after getting her negative test result for coronavirus. Filming has to be halted for a while after a cast member tested positive for the contagious disease.

"Park Shin Hye plans to carry out her schedule normally after testing negative for COVID-19 on the 24th," Park’s agency, Salt Entertainment stated.