BTS awarded with its second platinum album from RIAA as they prepare for their appearance on ‘Good Morning America!’ 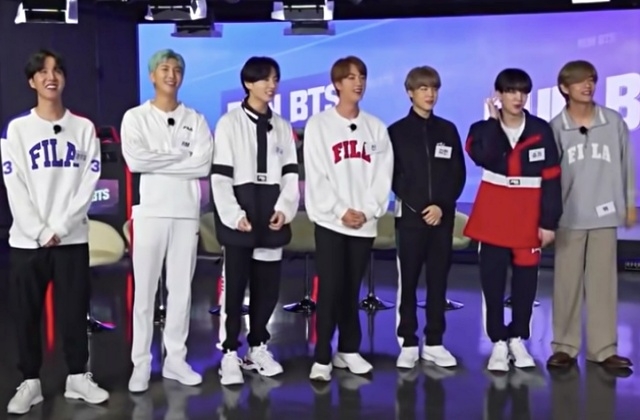 BTS just proved its worldwide dominance in the music scene when it received its second platinum album record from the RIAA or the Recording Industry Association of America. The said organization announced the South Korean boy band’s latest achievement on Nov. 17.

Allkpop reported that BTS received both platinum album certifications in this year alone. The band got recognition for its fourth album called “MAP OF THE SOUL: 7.”

It was explained that the group’s album was certified platinum due to its unmatched album sales figures. The RIAA also looks at the number of downloads and streaming times to be declared as a platinum album awardee. Most importantly, the album sales must reach over 1 million.

BTS received the same award in January and the seven-members earned it through their “Love Yourself: Answer” repackaged album. This made the group the first Korean artist to achieve platinum status in the U.S.

It was added that BTS digital singles that include "IDOL," "Boy With Luv," and “MIC Drop" also attained the platinum record certification in the digital single category. As certified world stars, the band was able to bag the highest record that a Korean artist can get in the field of music in the United States.

After their platinum record achievement, it was announced that BTS is set to appear on a US TV program “Good Morning America!” The talk show that airs every morning is starting its week next week with a big surprise to the fans with a special performance from the world’s well-known Kpop group.

On Nov. 18, GMA tweeted “MONDAY ON @GMA @BTS_twt is kicking off your week with a very special performance!”

Meanwhile, BTS is also set to release its newest album called “BE (Deluxe Edition). It is a full album that will drop on Nov. 20. It will feature the title track titled “Life Goes On,” which is meant to cheer up and encourage everyone in this time of the pandemic and struggles. The band will unveil this song at the 2020 American Music Awards that will take place on Nov. 22.