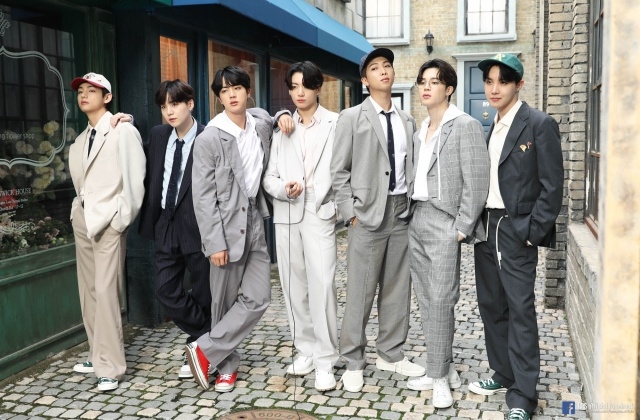 BTS is on a roll even in times of the pandemic. The boy band has been selling out their albums and concerts even if they are online. It is not exactly the yearend yet but the group has a new accomplishment after snatching a nomination for the Grammy’s!.

The Guardian reported that BTS was nominated for their massive hit English song “Dynamite.” with this, the South Korean band become the first Kpop act to be nominated in the prestigious music award-giving body in the U.S.

The nominees were announced on Nov. 24 through an online ceremony. BTS is in the running for the best pop duo/group performance and competing for the award against Justin Bieber, Lady Gaga, Taylor Swift and J Balvin, Dua Lipa, Bad Bunny & Tainy.

Last year, BTS was able to make it at the Grammy’s awards ceremony but at that time, they were just presenters. Now, the members are nominees and have a good shot at winning too considering the huge success of “Dynamite.”

“Thank you to everyone who listened to our music and empathized with it in difficult times,” BTS stated as they expressed their gratitude to their fans after the Grammy announcement. “Above all, it is you, ARMY, that made the miracle of (us becoming) a Grammy-nominated artist. Thank you and love you always.”

A video showed how BTS reacted to the Grammy announcement and fans are also rejoicing for them. In the clip that was shared via the group’s official Twitter page, RM, Jimin, Jungkook and V were shown sitting on a sofa and jumped up after hearing their name.

BTS later said that this is a big honor for them and their next goal is of course, to win. The 63rd Grammy Awards is happening on Jan. 31, 2021, at the Staples Center in Los Angeles. It was confirmed that Trevor Noah is set to host the ceremony.

Meanwhile, BTS just released its newest album titled “BE.” the group will be performing their new songs on New Year’s Eve in South Korea which will also be their first live concert since the COVID-19 pandemic struck the world.