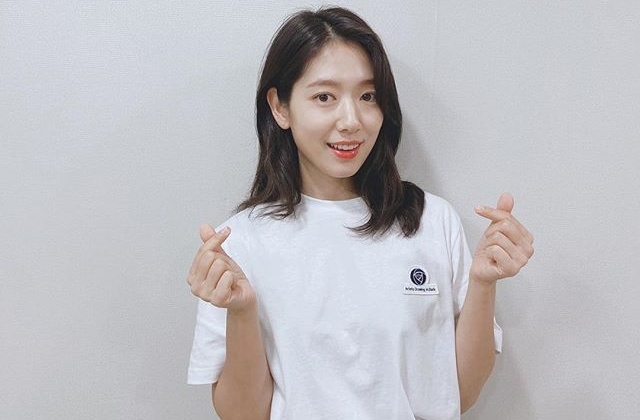 Park Shin Hye showed her generous side once again after it was reported that she was one of the Korean celebrities who donated to for the flood victims. South Korea was hit with the worst flooding disaster in recent years and the celebrities are helping out their countrymen.

Yonhap News Agency reported that more rains are expected to pour this week. Typhoon Jangmi will affect the southeastern region of South Gyeongsang Province and Jeju Island. Prior to this, the monsoon rains already affected many parts of the country and severe floodings are everywhere in the city.

As of this time, it was reported that there are already 42 casualties and at least 7,500 people have been displaced after they were asked to evacuate. There are also missing people in the tally and South Korea is hoping they will not add more names on the list.

In any case, while most parts of South Korea are inundated due to heavy rainfall, it was revealed that Park Shin Hye donated money for relief. As per Sports Donga, the “#ALIVE actress gave out KRW100 million or about US$84,300 to Hope Bridge National Disaster Relief Association.

The 30-year-old star is part of the second batch of celebrities who made an effort to help through monetary donations. Previously, “Itaewon Class” actor Park Seo Joon and Yoo Jae Suk also made similar donations.

Moreover, Newsen reported that GOT7’s Park Jinyoung also donated KRW20 million or US$16,860 at the same time as Park Shin Hye. The idol singer who is also an actor was said to have donated without telling JYP Entertainment, his agency. Jinyoung quietly sent the money and this made his gesture sweeter and warm.

Park Shin Hye is not new to donating; in fact, she also donated for COVID-19 relief efforts in March and she has been supporting many charities not just in South Korea as well.

Shin Hye’s new drama project is in the works

Meanwhile, fans will see Park Shin Hye back on the small screen as she was confirmed to have started working on the new drama called “Sisyphus: The Myth.” Since last year, OSEN reported that Park Shin Hye has always been the top choice to be this drama’s lead actress.