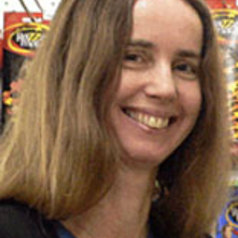 The recently released Productivity Commission (PC) Trade & Assistance Review is a competent and thorough estimate of the costs of industry assistance. But missing, as always, are estimates of their benefits. To be fair, the report leaves open the possibility that programs do have benefits. But the subtext is very much that ‘assistance’ is a cost and this is certainly the idea leapt on by the press.

The headlines in the AFR scream ‘[m]ore than four decades of success in lowering tariffs and curbing taxpayer-funded industry featherbedding looks set to be cast aside…’.

Industry assistance to businesses is a difficult terrain. Most graduates who have studied a modicum of economics have been schooled in the textbook prediction that giving an advantage to one business, by say preferential purchasing or subsidies, will encourage it to become lazy and inefficient. A short step before joining the gravy train demanding ongoing deals and preferences. The argument is that if your business has credible long-term prospects, then the finance sector will see this and be willing to invest in your business. Therefore, you do not need subsidies or preference deals from the Australian tax payer. At best, Australians are paying above world price; at worst it is industry welfare.

The bottom line from these economic theories is that rational businesses left to their own devices in a competitive market will produce the best and most efficient of economic outcomes. However, as more data about businesses and markets becomes available, it is becoming apparent that this free-market route has not been taken by some of the most successful economic zones in the world.

The Swedish model has been based on long-term collaboration between public agencies and major firms; the Japanese model has relied on technology procurement within state-led public–private networks; and the US model has been partly built on defence-led technology procurement programmes (Edquist, C., Hommen, L. and Tsipouri, L., 1998. ; Mokyr, J. 1990; Atkinson and Ezell 2012; Hall and Rosenberg 2010). Sticky intellectual property policies have been mooted as a significant factor in ‘encouraging’ multinationals to set up R&D facilities in Israel. Some of the current Australian industry assistance mimics these overseas programs – embedding skills training, technology demonstration and commercialisation.

Overseas there is a considerable amount of case studies and econometric analyses on these programs and policies. Not so here. Australia is still living the dream of the 1970s economic textbooks. We do not regularly evaluate our assistance programs in the standard scientific way. They are not taken serioulsy by central government agencies.

Why are these 1970s models so appealing?

To be sure, not all industrial programs and policies do improve business productivity. But at present we really do not know which one’s work because we have not put most programs to the empirical test.

The deductive textbook models have considerable appeal. They illustrate – very neatly – how regulations and barriers to competition will lead to overly high prices and monopoly profits. To present the essential argument in a crisp way, they assume away uncertainty and ignore the role of know-how, reputation, connections and tacit knowledge in business performance. This is quite acceptable for a model of price behaviour. However, the mistake economists made in the 1970s, (and some apparently still do today), is thinking that a model of pricing can be also used to explain investment (and its twin innovation) or the process of winning customers and sales.

Economic theory struggles to explain firm-level investment. Either it is ad hoc (such as game theory) or relates only to the macro-economy. Many theories assume investment comprises only physical inputs such as plant and equipment, despite the wide-spread acknowledgement that intangible assets such as computerised information, innovative property (including R&D) and economic competencies (including firm-specific human capital and organisational capital) are about one third of all business assets (see PC report).

We discover what works before we know why it works

Whereas economic theory has hit an impasse, applied economics and management science have charged forward. As is often the case in new technologies, we discover what works before we know why it works. Overseas empirical evidence is quite compelling and consistent: networks, clusters and collaborations matter (see various review articles in Hall and Rosenberg 2010). What we need is domestic evidence, and, more nuanced evidence on what Australian programs work; which ones should be extended or improved and which ones should be scrapped.

Hall, B; and Rosenberg, N. 2010. Handbook of the Economics of Innovation, North-Holland, Volumes 1 and 2.

Beth Webster receives funding from the ARC, the Victorian and Commonwealth governments.