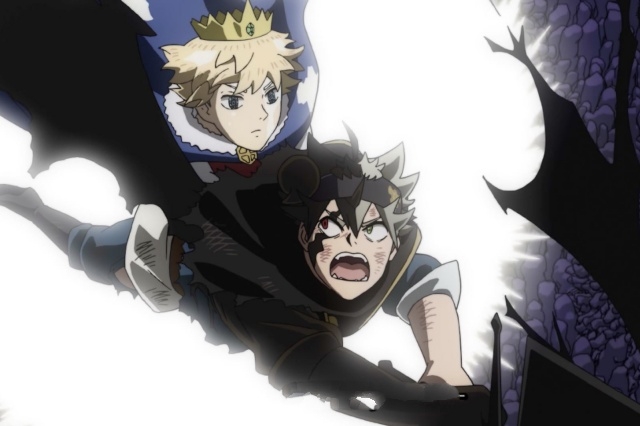 “Black Clover” chapter 239 is coming up next, and fans will now see how Asta will fight Zeno. In the previous episode, Yuno beat Gaderois and Foyal, but Zeno is just too much for him to bring down. Zeno has his Bone magic, and his strength is unbelievable that he has already defeated William Vangeance.

Zeno is in the Clover Kingdom for the Arcane mage, and William is protecting it, so they fought, and he won through his magic. The two fought in the chambers, and when it is clear that he lost, Yuno can’t accept it, and he needs to face the intruder.

As shared on Anime Base forum, “Black Clover,” chapter 239 has been titled “Power of Zeno,” and as it suggests, the chapter will showcase his power that he has never revealed before. And since he is in the territory of his enemies, he is fighting with almost every warrior that the Clover has, but the surprising thing is that everyone proved to be not a match for him as they are losing.

Yuno used his wind magic to clear the dark mist that Zeno released in their land. While it has brightened up a bit, Yuno can feel the intruder’s devilish aura, and that was how he knew that Zeno is not an easy opponent.

Luckily, Asta will show up in “Black Clover” chapter 239, and they could make use of his extraordinary magic and rescue everyone that has been put in danger after facing Zeno for a battle. It was revealed that Asta would not work alone, but he will hatch a plan with his mates so they can altogether quash and kill Zeno.

Release date and where to read it

The Anime High shared that “Black Clover” chapter 239 will be released on Feb. 9. However, as usual, fans can already get some spoilers as the raw scans are coming earlier and would be out by Feb. 7.

“Black Clover” chapter 239 will be available for reading on Shueisha’s Shone Jump via Viz Media. There is also an option to download the Manga Plus app to read the chapters, which is legal.