‘Kabukichou Sherlock’ episode 15: Watson and Mary teamed up to catch scammers who are planning to attack Shinjuku 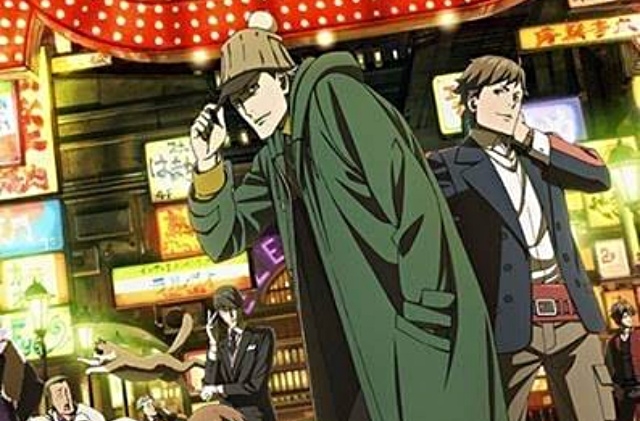 “Kabukichou Sherlock” episode 15 has been titled “Where Is He?” or “Ano Hito Haizu Ko.” It will not be about Fuyuto Kyogoku anymore, but the center this time would be on Watson.

As posted on IMDb, “Kabukichou Sherlock,” episode 15’s plot summary reads: “Watson and Mary attempt to stop the scammers behind a looming terrorist attack on Shinjuku. There is an MLM scam that is planning a terrorist attack, and Mary and Watson will try to halt or spoil their plans before people get hurt.

Based on the spoilers for “Kabukichou Sherlock” episode 15 that was posted on Reddit, most part of the story will take place in prison. Last time, James Moriarity was shown being bullied in jail, and someone was putting poison on food. At first, it was thought that Moriarity could have done, but then, he has no reason to do; thus, someone else is the culprit.

The suspect now is someone named Isshiki. Fans stated that this could be hard to believe because he is the same person who was helping Moriarity when he first entered the jail.

Now, it became clear that he can do this because he is the expert of poison who put that deadly substance on his wife’s food.

In other words, Isshiki could be a psychopath, just like Jack the Ripper since he is displaying a split personality. The thing is - he was already released from jail, and it is possible that he could be the next case that the detectives must catch in “Kabukichou Sherlock” episode 15.

As mentioned before, Mary and Watson will team up in “Kabukichou Sherlock” episode 15 to solve a case. Sherlock will not be involved, and Watson will see that he could work even if his friend is not by his side, which is somehow an accomplishment because it means he has improved a lot.

In any case, “Kabukichou Sherlock” episode 15 was already released on Jan. 24 in Japan, but the English version has yet to arrive. This will be followed by the next chapter that will be out on Feb. 1.