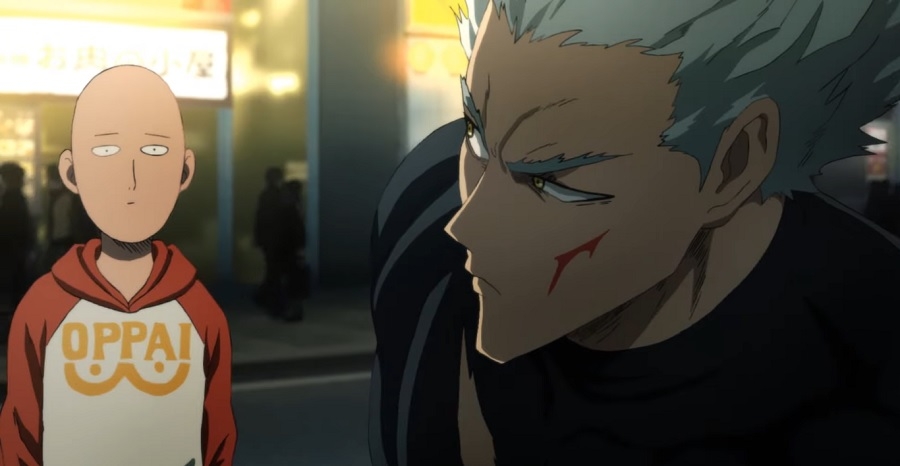 From the “One Punch Man” season trailer for Toonami | Photo credit: vizmedia/YouTube screenshot

The second season of the Saitama-led anime series may have been controversial, but there is no doubt that fans are all looking forward to hearing about “One Punch Man” season 3. At this point, the only definitive detail about it is its plot with Garou and Orochi’s meeting bound to happen. Meanwhile, the most plausible case for the third season could be an announcement sometime next year.

‘One Punch Man’ season 3 spoilers: How the next season will start based on the manga

Season 2’s final episode left a very short teaser on the future plot of the anime. While “One Punch Man” season 3 has not been announced yet, this is one thing that somehow hints at the anime getting renewed for the third season. In what looked like a post-credits scene, Phoenix Man was seen flying and grabbing onto a passed out Garou before saying they are heading to Orochi.

One of the highlights in the “One Punch Man” season 3 premiere should be Garou and the revelation of his whereabouts. As Phoenix Man mentioned in the season 2 finale, Garou is set to meet Orochi, and that means he will be entering the Monster Association headquarters in the next season.

“One Punch Man” season 3 will likely start by showing the aftermath of the attack by the Monster Association to the city that results in the declaration of a state of emergency. The manga chapter where the first episode will likely be based on includes a sequence where Fubuki briefs Saitama, King, and the other heroes resting in the main protagonist’s apartment. This can also serve as a good way to introduce to anime fans the kind of threat that awaits for a new season.

‘One Punch Man’ season 3 plot, release date: What to expect

It is quite obvious at this point that Garou and the Monster Association will have much bigger roles in “One Punch Man” season 3. The Hero Hunter is expected to become one of the most featured characters in the next installment that was also the case in the manga in this part of the series.

“One Punch Man” season 3 is also anticipated to include numerous fight scenes between heroes and their monster rivals. With Saitama probably getting fewer scenes than normal, fans will get to see more of other important heroes, namely Kamikaze, a.k.a. Atomic Samurai and Child Emperor.

Producers have yet to update fans with the making of “One Punch Man” season 3. But the common belief is that new episodes would air next year. However, with the release of season 2’s home media copies getting pushed through early 2020, it seems like the best that fans could hope for now is a season 3 announcement by early 2020.