‘One Piece’ chapter 988: Kaido accepts the challenge as the Luffy alliance fully infiltrate the Onigashima island; Raid in full swing 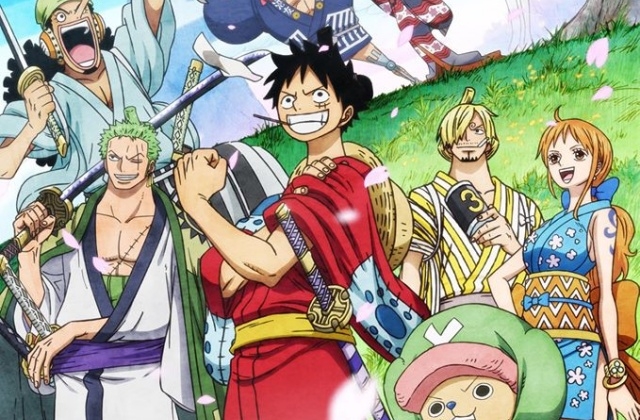 This favorite manga is now arriving at a peak since the raid is really starting this time. “One Piece” chapter 988 will mark the beginning of the Onigashima raid that has been teased since many chapters ago.

There are some mystic events in this chapter as the Mink Tribe turns into their Sulong form when the full moon appeared and shines bright and clear. Fans will be fascinated to see this so they should not miss “One Piece” chapter 988.

In the previous chapter 987, there was a bit of flashback that shows Oden speaking about his samurais, almost bragging when he was about to be executed by Kaido. It was a brief flashback and scenes in the present time followed.

Since their presence on the island has been felt and revealed already, the Red Scabbards drew their swords out and charged at Kaido. They pushed the villain out of the banquet hall’s window before thrusting their blades into Kaido’s body.

The fast turn of events shocked Kaido because he can’t comprehend how piercing his body with their swords was possible. While crying out in pain, he thought that the Scabbards could be using Ryou.

With their leader injured, the best pirates are in chaos then Boss Hyogoro arrives. Big Mom also noticed that something is off and inquire if Kaido is still alive. It seems that it is time for Kaido to be defeated after terrorizing Wano for a long time and everyone will now realize that he is not the strongest creature as popularly believed.

When Luffy and Yamato arrive in the scene, the beast pirates asked Kaido’s son for help but he made it clear that he is not on their side. The fights have commenced with Yamato facing Ulti, Hyogoro and samurai versus the best pirates, the Scabbards against Kaido. Zoro, Kid and Law are also in the ground and everyone is fighting well.

Luffy subsequently declared an all-out war and Kaido accepted. The villain started to fight in his Dragon form. The scene was similar to what happened 20 years ago and the only difference is that Oden is not around this time.

“One Piece” chapter 988 will obviously continue with the battle. The samurai, pirate and mink alliance have also joined the fight in Onigashima island as soon as the war was declared.

Luffy and the Strawhat Pirates are ready to take Kaido down with their allies led by the Red Scabbards that Kaido could not believe have survived since he almost executed them twenty years ago along with Oden.

Kaido will now have to face their wrath as the Scabbards will surely get revenge for what he’d done to them and Oden two decades ago. The thing is Kaido’s crew and Big Mom were all caught off-guard and now they have to fight or die in “One Piece” chapter 988.

On Reddit’s forum for “One Piece” chapter 988 spoilers, it was also explained that Kinemon’s sword pierced through Kaido’s body and that what triggered the villain to transform to his dragon form. The war is going well for Luffy and alliance.

It is yet to see who will be facing Big Mom in this extensive was in Onigashima. As the entire minks also transformed, they will be unbeatable in “One Piece” chapter 988 too.

Meanwhile, there will be a delay in the next chapter so the upcoming “One Piece” chapter 988 will be out on Aug. 24, as per One Piece Fandom.