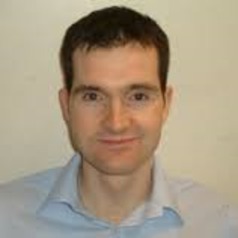 The Northern Ireland government is back up and running after the British and Irish governments jointly announced a draft deal to resolve the continued political stalemate in the region, exactly three years to the day since power-sharing broke down. A few days later, the deal has now been formally agreed.

It has been widely suggested that the Westminster elections, and losses suffered by both the DUP and Sinn Féin, were the main reason they suddenly agreed to return to sharing power. The threat of a fresh assembly election for Northern Ireland, which could see their dominance further eroded, may well have influenced their thinking. Recent gains by moderate parties, arguably reflecting the frustration of voters at the inability of Sinn Féin and the DUP to compromise, surely focused minds.

One of the key sticking points had been Sinn Féin’s insistence on legislation to help promote and protect the Irish language in Northern Ireland. Many unionists were staunchly opposed, seeing this as part of a broader project by Sinn Féin to gradually undermine the “Britishness” of Northern Ireland.

The new deal allows compromise on this issue. It promises to appoint an Irish language commissioner, and standards that pubic bodies will have to meet to provide services in Irish. However, balancing things out, Sinn Féin did not get the stand-alone Irish language act which it had demanded.

Indeed, the new deal makes similar commitments for Ulster-Scots, which is spoken by some unionists. It also states that the first minister and deputy first minister – posts long held by the DUP and Sinn Féin – must both agree on any new language proposals. That effectively gives the first minister, currently the DUP’s Arlene Foster, an effective veto over moves to give Irish greater prominence, such as by introducing bilingual road signs, for example.

On the subject of vetoes, the new deal also promises to reform the petition of concern mechanism, which gives members of the Northern Ireland assembly the ability to raise opposition to legislative proposals. It is this mechanism which effectively gave the DUP and Sinn Féin a veto over each other’s proposals, allowing them to gridlock and eventually collapse power-sharing in the first place.

Reform of the mechanism to minimise its use may help, but the DUP and Sinn Féin will also need to try harder to find compromise if things are to work. They both need to rebuild damaged relations and trust. In short, they must genuinely share power if they are to exercise any.

UK and Ireland step in

What really forced the deal between Sinn Féin and the DUP, however, was intervention from the British and Irish governments. Their decisiveness, and boldly pre-emptive announcement of a deal, resulted from the recent changes at Westminster.

Thus, it was not just the losses suffered by the DUP and Sinn Féin in the UK election which mattered. The Conservative victory can be said to have, in a way, “resolved” Brexit – at least for now. This allowed London and Dublin to finally focus on and cooperate in their efforts to restore power-sharing in Northern Ireland. The fact that the election decisively removed the Tories’ reliance on DUP support at Westminster also eased this path toward progress.

Economic pressures were just as important. London promised significant financial support to help address the multiple healthcare crises in Northern Ireland, and Dublin offered money for large infrastructure projects in the region. However, these commitments were conditional upon the local parties accepting the deal. With nurses and other workers in the region currently engaging in strike action, this put huge pressure on Sinn Féin and the DUP.

This approach triggered claims of blackmail, and exasperation by others that it took “outsiders” to force Northern Ireland’s squabbling parties to face up to their responsibilities. But there has always been an element of blackmail – or, more positively, “incentivisation” – in the way the British and Irish governments have dealt with Northern Ireland – justifiably so in that it has largely worked to deliver a more stable and peaceful society.

As for suggestions that this shows a lack of political maturity in Northern Ireland, well again, yes. Northern Ireland has only had regional democracy since the 1998 Good Friday Agreement. Thus, of course the practice of democracy in the region is underdeveloped. It has also been hindered by the legacy of 30 years of bloody conflict, and many more decades of discrimination and exclusion, leaving deep divisions.

It was the failure of Britain and Ireland to resolve their own relationships which created this problem, resulting in partition and the birth of Northern Ireland exactly 100 years ago. For decades thereafter, London and Dublin largely ignored the problem, and it was only from the 1980s that they began to properly re-engage in a way that allowed for the subsequent peace process. Unfortunately, however, Brexit once again complicated relations between the two governments – undoubtedly reinforcing the stalemate in Northern Ireland.

The re-engagement of London and Dublin with the region is to be commended, and their continued commitment will be required to face the fresh challenges that Brexit throws up. The draft document they announced last week was entitled “New Decade, New Approach”. One hundred years on from the birth of Northern Ireland, it might even have promised a “New Century, New Approach”. The British and Irish governments, and certainly the local parties, will all need to continue to work hard together to ensure that this new century undoes the divisions and distrust of the last.