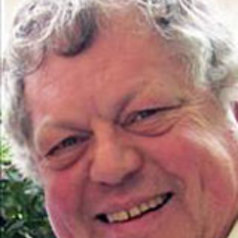 There are some people who may claim to be Australian citizens — we don’t know whether they are […] You would need DNA testing and you’d need other checks to be made.

But no DNA testing is going to determine if a person is a citizen. DNA testing can, in theory and in specific circumstances, determine who is related to whom. Yet, there would be so many legal and practical barriers to carrying it out under these circumstances, it’s unlikely Mr Dutton’s proposal would ever get off the ground.

What type of DNA testing is relevant here?

While we don’t know the specifics, Mr Dutton is likely suggesting so-called ISIS brides have their DNA tested to determine parentage or who is closely related to them.

The most common technique is short tandem repeat or STR testing. This looks at parts of a person’s DNA, half of which is inherited from the mother, the other half from the father, at the moment that person was conceived. This DNA varies between people and is found in the nucleus of almost every cell in your body.

Broadly speaking, the more closely two people are related, the more of their STRs they share in common.

But STR tests are of limited value in determining distant family relationships; every “degree of separation” between two people reduces the amount of DNA they have in common by half.

So, in this case, it would be difficult to see how STR testing would give any useful information to connect someone in Syria with relatives much beyond siblings or parents in Australia. For example, two cousins may only have between one 16th and one quarter of their STRs in common, which is far from a convincing “match”.

Sometimes a lab may decide to look at someone’s mitochondrial DNA, or mtDNA, instead. This is only inherited from someone’s mother. This method is nowhere near as discriminating as STR testing, but can help identify maternal relatives.

Who can perform this DNA testing?

In Australia, the scope of DNA testing in criminal investigations is tightly controlled by state and commonwealth legislation. Only STRs from certain convicted criminals can be stored on a database; other DNA samples (from victims, acquitted people) cannot be retained; and there are limitations on the covert collection of samples.

In civil matters, laboratories cannot test samples not provided voluntarily, unless under a court order. DNA information from these tests cannot be shared with police.

In both civil and criminal investigations, the collection of DNA samples (usually saliva or cheek cells) is strictly controlled by legislation to ensure the integrity of the sample.

So, what does this mean for Mr Dutton’s suggestion?

The following constraints make it difficult to envisage how Mr Dutton’s proposal could be implemented:

How will this help?

Even if we were to overcome all these considerable hurdles, what then? How will a DNA test help repatriate the “right” ISIS brides and their families?

No DNA test is going to determine whether a person is a citizen or not. Australia does not collect DNA samples (or fingerprints) from its citizens, be they naturalised or born here. So what’s the point?