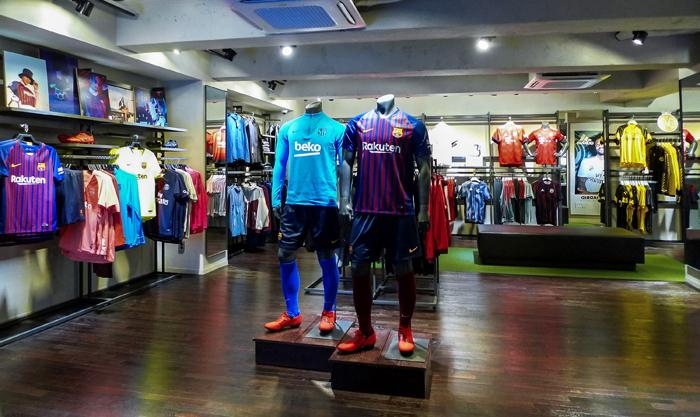 Fewer South Koreans spent on sports merchandise because of the pandemic.

South Korea’s sporting business sector suffered a 44.8 trillion-won drop in consumer spending from January 2020-June 2021 due to the COVID-19 pandemic, according to the Ministry of Culture, Sports and Tourism.

Overall, the country's culture, sports, and tourism sectors experienced a combined 88 trillion won in damages during the period.

Consumer spending in the tourism and leisure sector plummeted 39.3 trillion won. Of the damage, 26.9 trillion won was suffered in 2020 and 12.4 trillion won during the first half of 2021.

The content creation industry experienced a 2.9 trillion drop in consumer spending over the 18 months, including 2.4 trillion won from the filmmaking field.

The culture and arts sector was the least affected of the sectors, with a pandemic-caused loss estimated at 1.2 trillion won over the cited period,

The culture ministry said it is mapping out rescue plans totaling 2.6 trillion won to help the damaged sectors stay afloat.