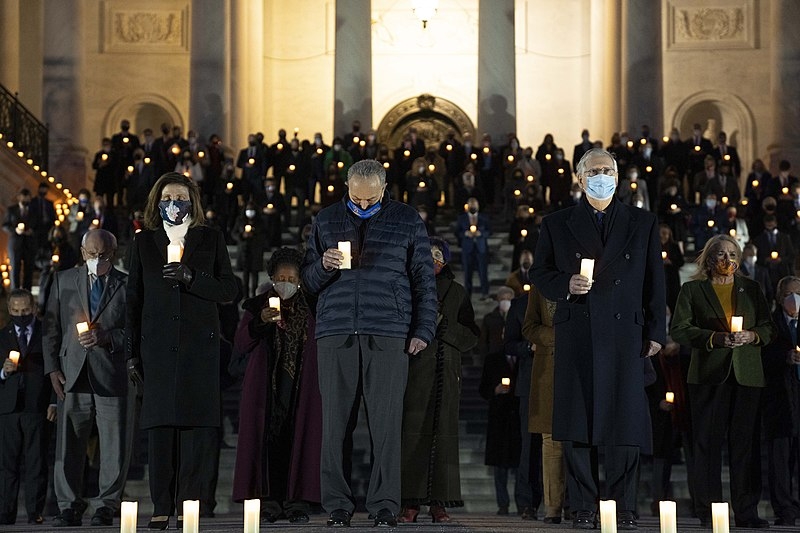 Democratic US President Joe Biden’s COVID-19 relief package was passed and turned into law without support from Republicans in Congress. Democratic House Speaker Nancy Pelosi criticized Senate GOP leader Mitch McConnell for recently touting the benefits of the relief plan despite voting against it.

Pelosi criticized the Senate Republican leader following reports of McConnell touting the benefits of the $1.9 trillion COVID-19 relief package in the state of Kentucky, that he represents. At a local event, McConnell noted that he voted against the passage of the proposal, but added that Kentucky residents will experience financial relief as the pandemic has affected many financially.

“Vote no and take the dough,” tweeted Pelosi.

“So my advice to the members of the legislature and other local officials: Spend it wisely because hopefully, this windfall doesn’t come along again,” added the Senate Minority leader, who noted that the state is projected to receive $4 billion as a result of the stimulus law.

It is not the first time a Republican touted the benefits of the COVID-19 relief plan. Several GOP lawmakers promoted parts of the law including the provision of aid for small businesses. Biden took a swipe at the GOP lawmakers who promoted the provisions saying, “some people have no shame.”

Meanwhile, Pelosi is also focused on the select committee that will be in charge of investigating the January 6 insurrection at the Capitol. The House Speaker has appointed eight members so far, and the remaining five members will be chosen in consultation with House Republican leader Kevin McCarthy. Pelosi has appointed seven Democrats and one Republican in the lineup.

A claim has circulated around social media alleging that Pelosi will not allow the Capitol Police to testify about what happened on January 6. Some Republicans have already claimed that Pelosi was also to blame for the siege that occurred by a pro-Trump mob that attempted to obstruct Congress’ certification of Biden’s victory.

Pelosi’s deputy spokesman Drew Hammill denied the claims, that have since been flagged by Facebook as part of its efforts to combat misinformation and fake news. Hammill cited that the committee’s chair, Rep. Bennie Thompson had already announced that the first hearing would be from Capitol Police officers.